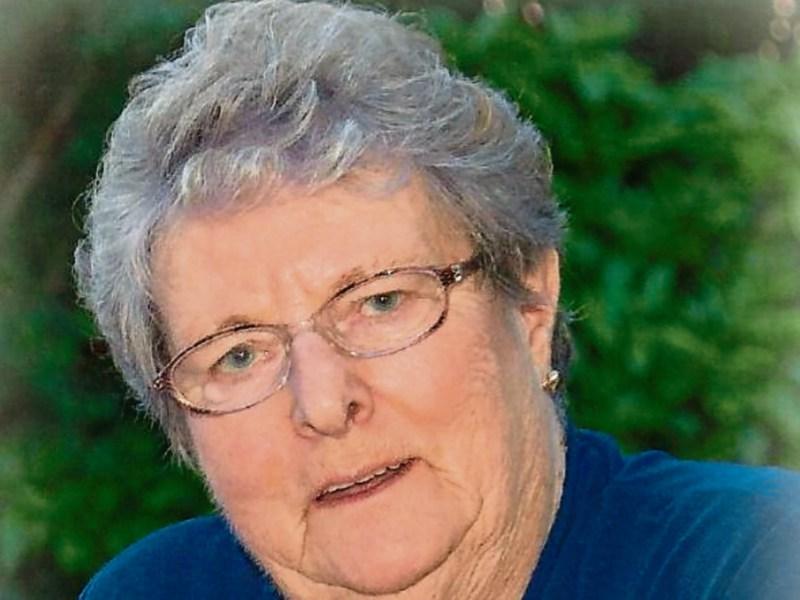 Sadly missed: The late Kathleen O’Sullivan devoted her life to her family and her parish

KATHLEEN O’Sullivan, a well-known, respected and loved member of the Kilfinane community passed away this March, a few short months before her 80th birthday.

Due to current Covid restrictions, Mass was private and streamed live. A quick look back at Kathleen's life might explain the volume of messages, Mass bouquets, condolences and social media posts that were shared with her family at the time.

After Kathleen’s marriage to Donie in 1966 she moved to Kilfinane from her beloved Effin. She built her life around her family, holding many jobs throughout her life to ensure they had the best, providing them with the skills of life and belief in achieving their goals.

Kathleen was never one to shy away from a challenge as was shown on many an occasion, and passed these skills and many values to her children. Kathleen will always be remembered for her unending love for Donie, her children and grandchildren, along with the wider family. And her commitment to the church, Kilfinane and Effin continued ‘til her last days.

Kathleen continued the great community involvement she had witnessed by the Kennedy family in their home of Effin. Her brother Paddy Kennedy was instrumental in developing the hurling field in their native parish. She also brought with her high family values, sense of community involvement, and many strengths like respect and responsibility.

She soon became involved in the local GAA club and other such groups as camogie while also training the girls in the local schools. She washed team jerseys, made flags and banners when needed. Kathleen was no stranger to the side-line at games her sons and daughters played in, and occasionally could be heard with a raised voice - not always to the opposition! Kathleen was a key member of the Kilfinane Sportsfield Development Association along with Donie; she worked hard to ensure completion of the new sports field and remained its treasurer up to a few years ago.

She was instrumental in making sure the new playground committee received the land to develop the amenity within the sports field complex at the time. Kathleen, being good with a pen and paper and unquestionably honest, also spent many years as treasurer of the local sheltered homes, a committee she was so proud of as it represented Kathleen's strong belief in helping each other. There wasn't a cake sale she didn't attend or a wedding without a cake when she was around, as the many photos on social media platforms in recent weeks showed.

Her family received many messages of gratitude from people Kathleen helped along the way with stories they hadn't heard before. The friends she made along the way remained friends forever and every child who passed the O’Sullivan household on their way to school got a smile and encouragement for the day ahead. She loved meeting them all on their first days in school and hoped the journey ahead in life was as exciting as that first day in school.

Kathleen always greeted everyone with a smile and open arms, she allowed you time to tell your story and always gave advice when needed. Her family were accustomed to sharing her with her other commitments such as the church, the wide community groups she was involved in and people she met along the way, such was the character of their mam.

Kathleen spent the last 23 plus years of her life as sacristan of the local St Andrew's Church, a fitting post to her firm belief in God,a position she held ‘til late last year. It’s because of this strong faith the family grieve easier as Kathleen takes her place in the kingdom of God.

Over the recent months Kathleen spent some time in hospital where she received great care, which was shown to her by the magnificent staff, nurses, and doctors in University Hospital Limerick, and her own local doctor here in Kilfinane, Dr Judy.

Thinking about this time, Kathleen’s family reflected on the above positions as being more than just a job, but rather a true vocation carried out by extraordinary people, for which they deeply appreciated.

“As her family we always believed Kathleen to be the best mother and wife anyone could have, but to receive so much support, love and kindness from the community and our friends, we see Kathleen really touched the lives of many.

“We wish to express our gratitude and sincere thanks to everyone who extended their condolences and to also the large volume of viewers on the live stream of the funeral service. Lastly, we sincerely thank all the care and professionalism shown by Dr Judy, and the staff of University Hospital Limerick.”

Kathleen will be dearly missed by her family and by all who were associated with this amazing woman.