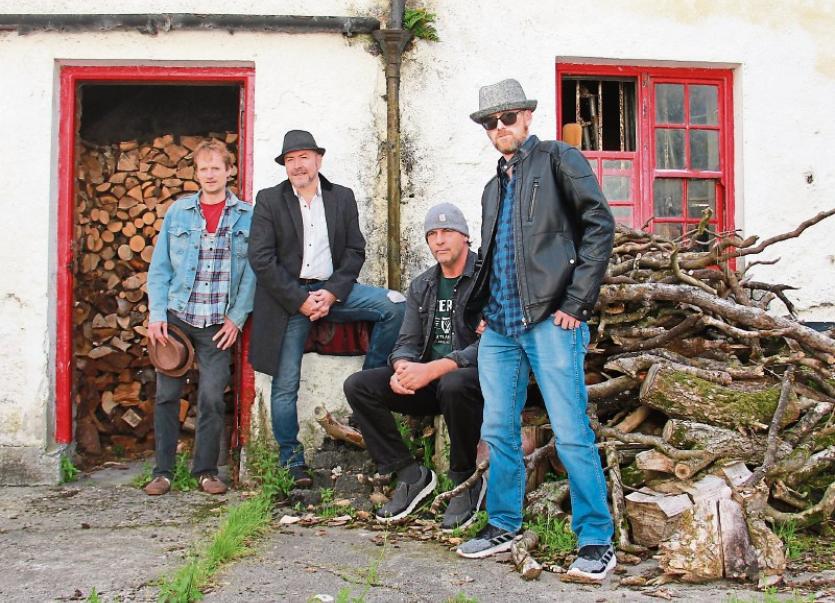 A LOCAL Limerick band have released their first album after playing together for 30 years.

This band has an interesting tale as their album has its roots in Nashville, Tennessee.

Kirk Beasley is a retired record producer from Nashville who moved to Adare with his wife seven years ago. Kirk was well established in the music industry in Nashville, with his father working in the music arena in Nashville as early as 1948.

One afternoon about three years ago, Kirk stumbled across Epic Shadow at a wedding they were playing at in Adare. Kirk explained the band immediately grabbed his attention. “I was impressed, they were very talented people. I spent most of my life in the business trying to tell if someone is talented or not, so I think I know talent when I see it.”

After their initial meeting, Kirk invited the band over for a few social gatherings where eventually it came to light that the band had several original songs.

From there, Kirk and two friends of his in Nashville, who are world renowned musicians in their own right, decided to start their own record label, signing Epic Shadow very early on.

Due to Kirk’s contacts in Nashville, several world class musicians appear on the album. Including an organ player who performed with Elvis Presley on his last tour. Noel Alfred, the lead singer, explained the whole thing has blown them away, “This is a huge thing for us after all these years.

The love that has gone into this album is palpable from the very first song. Noel’s haunting voice soothes your ears as you listen. They create a mysterious atmosphere in the song ‘I’m Not Sleepin’ as clear mastery of the guitar wades through the notes. The album has clear influences from the traditional rock of the 60s. Some of the songs could easily fit on an album by The Doors and Noel’s voice also reminds you of the dulcet tones of Nick Cave. It’s an album you wouldn’t forget about quickly.

Kirk is sure that Epic Shadow is going to be the new hot Irish band. “If someone said to me I want to listen to a new Irish rock band I would say you need to hear these guys.”

However, through all the excitement in the release of the new album both Noel and Kirk haven’t forgotten the real reason they decided to make the album. “We never played music for money,” Noel explained. “It was for our own fun. We’d always meet up every week and practice even if we hadn’t had a gig in months. They’re my best friends.”

Kirk reflected this sentiment, “we’re in it for the fun.”

If you want to join this band’s journey you can buy their album from Spare Time Record’s website or you can stream their album on Spotify and other streaming services.