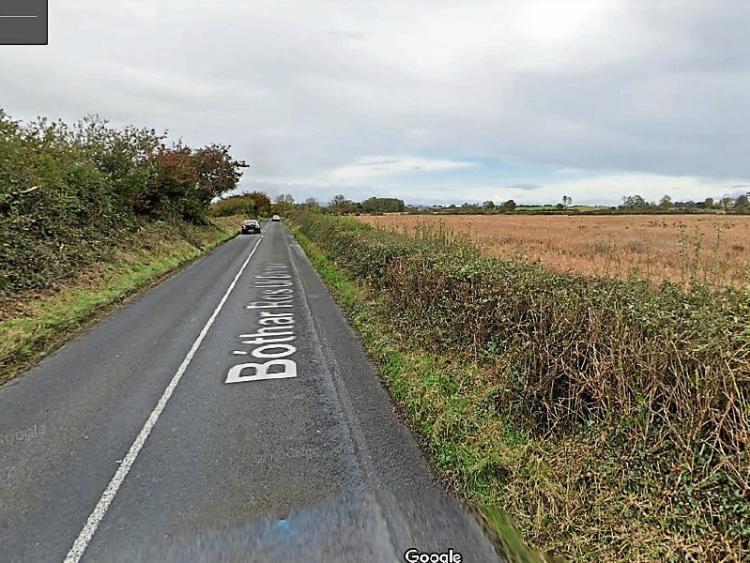 The narrow stretch of the Rosbrien Road | PICTURE: GOOGLE STREETVIEW

LIMERICK City and County Council is to run a feasibility study with a view to providing a footpath on a busy local road.

In a joint motion at this month’s metropolitan district, Cllrs Elisa O’Donovan and James Collins called for the footpaths from the Ballinacurra Gardens and Roundwood to be extended to the Rosbrien roundabout along the Rosbrien Road to help facilitate people walking the route.

A stretch of the Rosbrien Road is narrow, and is bordered by hedges

Described as “in effect a country lane” by Cllr Collins, it has become more popular with walkers due to the Covid-19 pandemic, and the need for people to remain inside their 5km until recently.

In a written answer to councillors, metropolitan district engineer Aidan Finn wrote while the footpath was not included in active travel funding for 2020 and 2021, the local authority will undertake a feasibility study for it.

“I agree entirely with the need for it. This feasibility study means looking at constraints which need to be gotten over and land requirements,” he told district members.

“I’m fully committed to the project,” he added.

Cllr O’Donovan said: “There are always huge numbers of people walking down that road, lots of people cycling it too, and particularly in the morning. It really is quite unsafe for people. I'd say a week doesn’t go by when I don't get a contact from a constituent in relation to having footpaths installed and on that route so people can safely walk it.”

Cllr Collins added: “It's become a lot more evident since the onset of the pandemic when we've seen people walking, and even people trying to walk it. We've seen the Rosbrien Road become very busy. It is in effect a country lane. It's always made sense we should have a footpath and cycle lane at this location. It makes even more sense now with the Covid-19 restrictions."

Cllr Daniel Butler admitted his frustration at the reply from the council executive.

I am delighted that my joint motion with @jamesjcollins requesting footpaths from Ballinacurra to the Rossbrien roundabout received unanimous support at @LimerickCouncil meeting today. So many people walk/cycle this road and we need to make it safer for everyone ‍♀️ ‍ pic.twitter.com/Uc1GbBg007

Metropolitan district leader, Cllr Sarah Kiely said: “It's a very dangerous road and I have to agree we are going around the houses here.”

Cllr Dan McSweeney added: “It's a stretch of road which doesn't have a footpath but it would provide a brilliant amenity for people in the area.”