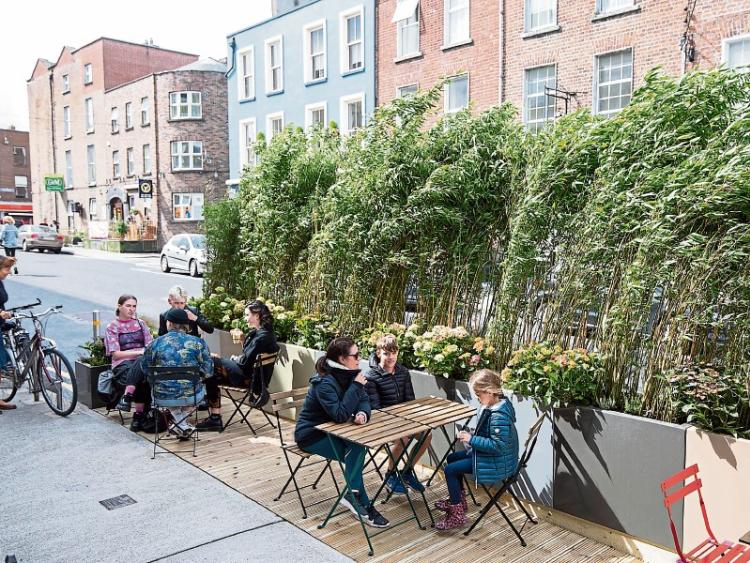 A call has been made to remove the need for business owners to go through the planning process in order to speed up the delivery of outdoor dining in Limerick.

In the wake of the local authority’s decision to waive the fees for outdoor dining and street events this summer, one councillor wants them to further.

Fianna Fail councillor James Collins, who runs a pub in Dooradoyle, pointed out that many businesses might want to erect awnings – but in order to do so, would need to go through a lengthy planning process.

He suggested that the metropolitan district unilaterally declare that permission not be be sought for outdoor awnings during this current period.

This came after Cllr Collins was told by the council’s metropolitan district manager Kieran Lehane that any changes would need to go through the planning committee, then full council, a move which could delay it by months.

“We want to be pro-active. We want to see if we can help businesses get moving again,” he said, “If planning permission at least does come in for awnings, can we ask planners to at least turn it around as quickly as possible,” he asked.

In reply to a notice of motion from Labour councillor Conor Sheehan, Mr Lehane had pointed out that among the suite of measures in place to support hospitality businesses is grant funding of up to €4,000 to purchase tables, chairs, windbreaks and heaters for outdoor service.

But Cllr Collins said this would only just cover the purchase of a canopy.

“The issue is these formally require planning permission. So you would have to engage an agent, get drawings done up which is a cost. But then there are also planning fees and contributions. One section is responsible for giving a grant, another section is responsible for taking the grant away. It might be a barrier to businesses which are closed, struggling or trading under restrictions,” he warned.

Councillor Sheahan’s motion – which called on the local authority to permit outdoor dining at all commercial premises this summer – was passed unanimously, with Cllr Olivia O’Sullivan asking it be amended to include a stipulation some business owners can work with their neighbours to use the space outside their shops.

And, Cllr Daniel Butler also called for this to be extended to communities holding street events, citing residents in Verona Esplanade, off O'Connell Avenue, who closed off the thoroughfare.

Councillor Dan McSweeney expressed concern that any street furniture does not obstruct footpaths for those with poor mobility.

“I come from a household where I have someone who is wheelchair dependent and even last summer, the amount of street furniture I did see out that obstructed us getting from A to B was huge,” he said.

This is something Mr Lehane also acknowledged in his written answer.