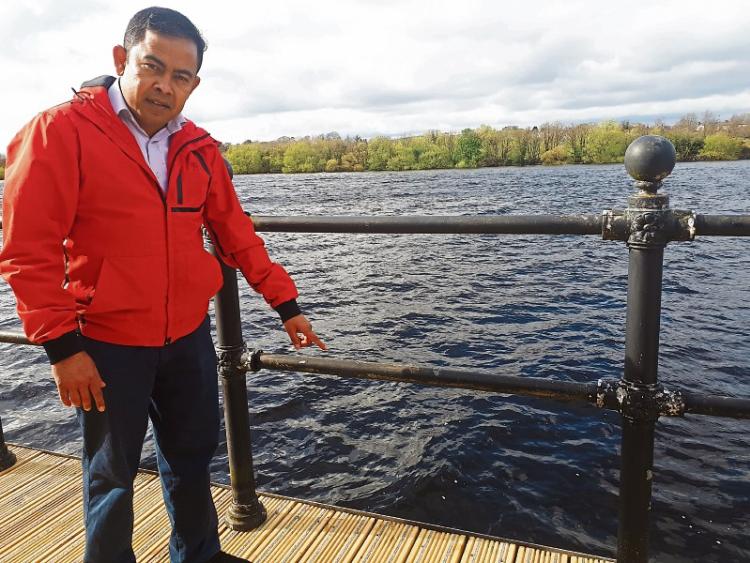 A Limerick councillor has called for ‘crosses‘ to be installed on railings at Steamboat Quay in the city centre to prevent the danger of youngsters falling into the River Shannon.

Fianna Fail councillor Azad Talukder, who lives in the adjacent apartment complex, said he has been approached by many concerned parents whose children enjoy playing by the riverside.

“I’ve had a lot of complaints from the local residents in Mount Kennett Place and Steamboat Quay. They came to me, especially those with children, who would come here and it would be too risky for them to walk. The gap between the railings is just too big at the moment,” he said.

The deputy mayor has made his request to Limerick City and County Council.

Cllr Talukder has welcomed a special new grip which has been placed on the boardwalk at Steamboat Quay.

“It can be very bad when it's raining. There are a lot of residents coming to me, and they are very happy with this resurfacing. Local residents in Steamboat Quay are delighted. But it’s not only great for residents. Lots of people want to use the area,” he added, “That's why we want to see more development, and more improvement in this area.”