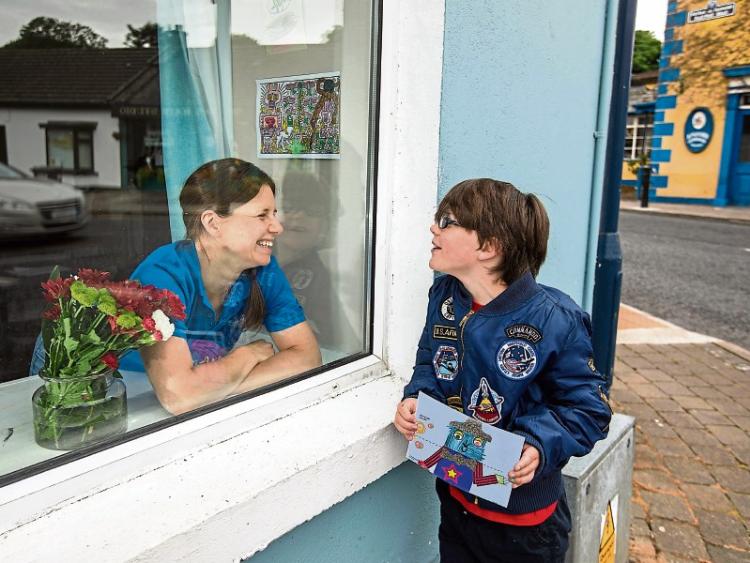 “Mummy, I’ve met children like me.” These are the words a child told his mother after he participated in a Limerick based charity that develops art programmes for children with health conditions.

Donnchadh Burrow is a nine year-old boy from Castleconnell who has suffered with a condition called congenital hypothyroidism since he was four days old. The condition is not obvious to the average observer but it requires Donnacha to take medication every single day and means attending many hospital appointments.

On one of these visits to UHL, Donnchadh and his mother Grainne stumbled into the waiting room to see an artist working with the kids. This artist is one of many in a Limerick-based charity called Helium Arts.

Helium Arts is a charity that provides arts programmes for children living with long-term health conditions. Their programmes work in coalition with UHL, where consultants will refer children to the programme if they think that child is suitable.

After speaking with the artist that day in the waiting room, Donnchadh was referred by his consultant to the programme. From there, Donnchadh has loved it according to his mother Grainne Burrow.

“We’ve all found it really good,” Grainne explained, “I’m not very arty, and Donnchadh is not great at art, he’s never going to make money being an artist. But he is extremely creative and it’s good for him to develop that part of his mind.”

Grainne also expressed that the programme has been great for building Donnchadh’s confidence, “Donnchadh would often say to me, ‘Why me Mam?’ especially since he’s been diagnosed with dyspraxia as well. But now he feels like he’s not the only one. Lots of people have lots of illnesses.”

Donnchadh has also made plenty of friends in the programme, something which Grainne explained, has been the best part of it all, “people could talk to Donnchadh about being Donnacha and not about his illnesses.”

Grainne recommends Helium Arts to any family who has a child with long-term health conditions, “I highly recommend it. We already recommended it to a child in Donnchadh’s school.. They’d get a lot from it”

Helium Arts are launching a new initiative with UHL which provides patients and outpatients with a free new pirate-themed arts pack full of games and activities to help alleviate stress and worry while visiting the hospital.

“It’s more than just what they create,” Grainne remarked, “it’s about the social networks that they build.”