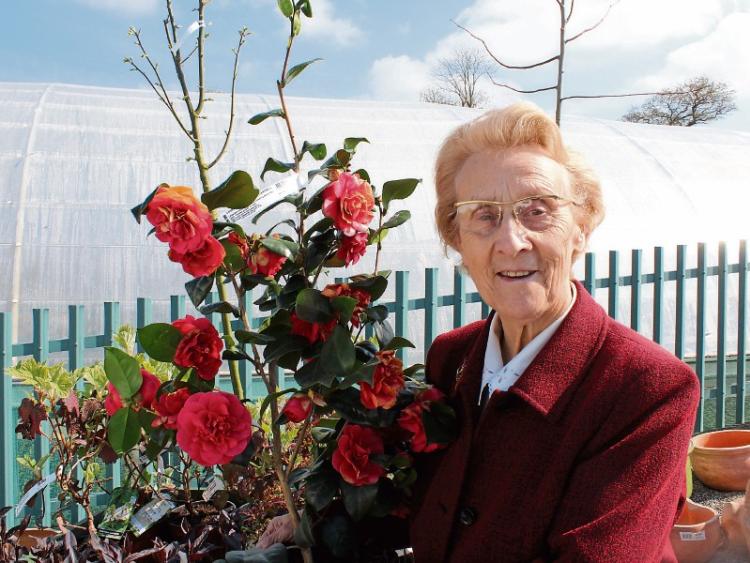 Sr Agnes Fitzgerald of Cuan Mhuire, Bruree is the latest recipient of a Limerick Person of the Month award. The awards are sponsored by the Limerick Leader, media agency Southern & the Clayton Hotel

A NUN who for the past 39 years has overseen a County Limerick rehabilitation centre that has treated thousands of people suffering with addictions, has been named the Limerick Person of the Month.

Cuan Mhuire in Bruree is synonymous with the name Sr Agnes.

Sr Agnes Fitzgerald started working in the County Limerick facility in 1982. The Bruree centre is one of five treatment centres under the Cuan Mhuire name which was founded by Sr Agnes' sister, Sr Consilio, in 1966.

Sr Agnes, 87, has devoted much of her life to the rehabilitation of people who have lost their way in life due to a dependency on alcohol or drugs or indeed having become addicted to gambling.

At the Bruree centre, Sr Agnes and her staff of around 40, support those suffering from addiction, and their families, as they progress through a systematic 12-week programme for alcohol and gambling, and a 20-week programme for substance misuse.

According to Sr Agnes who hails from Brosna, County Kerry, the expansion of the centre and the facilities it boasts today would not have come to fruition without the support of the public and the JP McManus Foundation.

“When we started off we treated alcohol addiction only but since then the place has developed very much thanks to the generosity of the public and the benevolence of JP McManus,” says Sr Agnes who accepted the Limerick Person of the Month award on behalf of all the staff who have assisted in the rehabilitation of people over the past four decades.

Sr Agnes recalls that when she began in Cuan Mhuire, Bruree, there was no necessity for a drugs unit.

“Now you have heroin and cocaine and any kind of street drugs. It is a major problem - we have a very long waiting list for our drug programme. Most of the people seeking help with drugs would be in their late teens and 20s, male and female. You would get older too.

“In the beginning it was cannabis use and then more drugs came along over the years - there was quite a lot of addiction to Benzos (Benzodiazepines which are used to treat severe anxiety or if you are very distressed).”

Alcohol addiction, she says, is as predominant as ever - “we don’t see any lessening in the demand for places”.

A recent survey in Ireland showed that three in every four Irish people know at least one person with a gambling addiction.

“Gambling has increased down the years in men and women but particularly men. Now they are gambling online whereas long ago they had to walk to the bookie office - now it’s on the phone,” Sr Agnes points out.

A knock-on effect of the pandemic is that people suffering with addiction have been forced to wait  much longer periods for a bed in a treatment centre.

“The past year, you couldn't compare it with anything because all treatment centres were closed for about 10 weeks,” Sr Agnes explains. “We continued to work in the centre and look after the people who had been admitted, but there were no new admissions which meant that there were people being added on and added on to the waiting list. At another stage later on we were closed for another four weeks so we really took no admissions for one third of last year.

“Where we had double ensuite bedrooms, now they have to be single because of Covid. If we didn’t have the Covid restrictions we could take in excess of 140 patients at any one time.”

The Cuan Mhuire programme is based on the philosophy of total abstinence and strives to restore the confidence, self-respect and sense of responsibility of all participants.

“I don’t think you can say for certain why some people go down the road of addiction,” Sr Agnes points out. “I think that there are some people who inherit something that predisposes them but I also think that it can be to do with the environment in which a person grows up in.”

The whole goal of Cuan Mhuire, Sr Agnes says, “is to get the people to be the people they were created to be”.