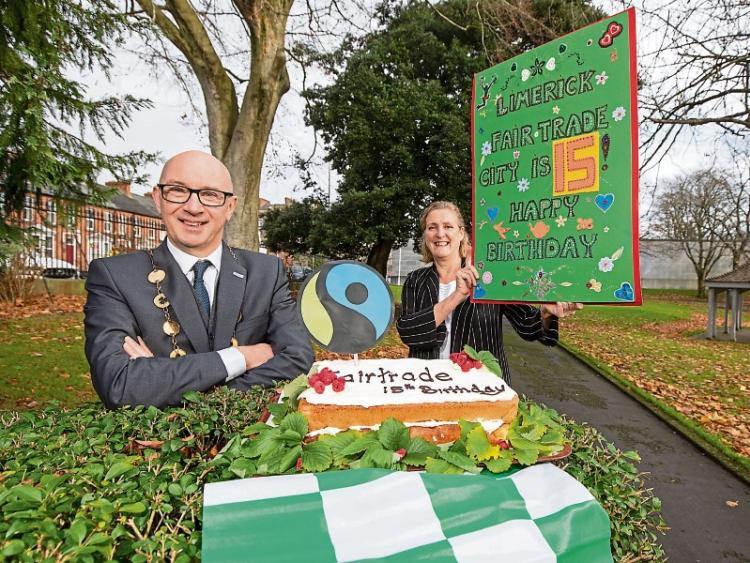 The Mayor of the city and county of Limerick has proposed that Limerick be designated a Fairtrade county.

“Fairtrade is a wonderful volunteer-led initiate that has been rolling out in Limerick since 2004 and before that. In 2005 the city became a designated Fairtrade city because the councillors passed a motion in favour of Fairtrade,” Ms McDonnell explained.

Fairtrade is an alternative approach to conventional trade and is based on a partnership between some of the most disadvantaged farmers and workers in the developing world and the people who buy their products.

When farmers and workers can sell on Fairtrade terms, it provides them with a better deal: an opportunity to improve their lives and plan for their future. Fairtrade offers a powerful way to reduce poverty through everyday shopping.

Fairtrade certified products are widely available in shops, restaurants and cafes throughout Ireland and in all the main supermarkets.

Ms O’Meara informed councillors that women have to be involved in the cooperatives which is “life-changing in developing countries because women generally don’t have much of a voice and for the many of the women it’s the first time they have ever had a voice in making decisions in their community”.

Following the presentation Mayor Michael Collins said that “now we are a unified authority, we should really be a Fairtrade Limerick”.

The proposal was seconded by Cllr John Sheahan who commended Ms O’Meara for her work. “You have a great lieutenant in Sr Delia O’Connor (deputy chairperson of the group) from Glin,” he said.

Cllr Liam Galvin said the presentation was “an eye-opener for everyone and yes of course we’ll support it”.

“The question I have is why aren’t we promoting it in all the towns in the county? We haven’t that many of them.

“I think there should be a minimum of one town in each municipal district, a Fairtrade town,” he added.

Ms O’Meara said it would “be lovely if all the towns became Fairtrade towns. Donegal, I understand, is trying to become a Fairtrade county,” she said.

Cllr Galvin proposed that when Newcastle West is up and running as a Fairtrade town “that we would seriously look at their remaining towns being included”.  The proposal was seconded by Cllr Jerome Scanlan.