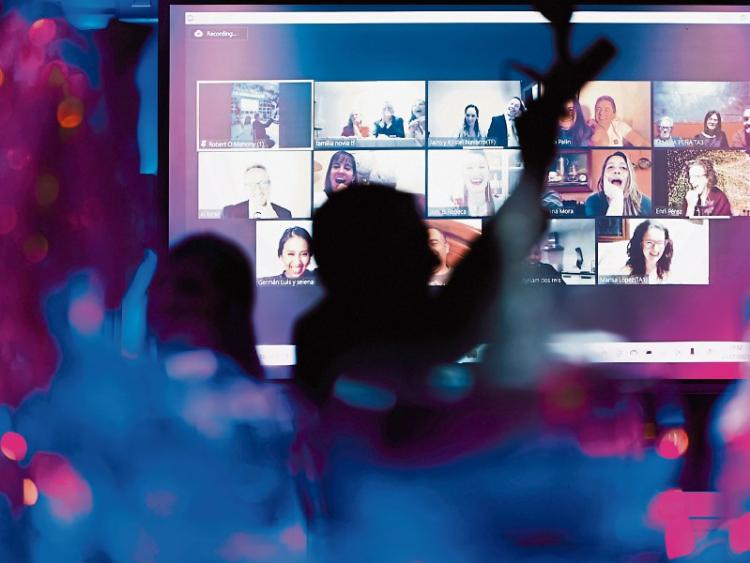 WE’RE doing everything on Zoom at the moment so we may as well get married on it too!

That’s exactly what Robert O’Mahony, aged 30, and Tamara Rodriguez, 27, did. And they highly recommend it to other “Covid couples” who have had wedding plans dashed once, twice, maybe three times.

With the assistance of Limerick documentary wedding photographer Jamie Gillies, the couple from Cork city and Alicante in Spain say they still had the happiest day of their lives. Robert and Tamara met in 2016 shortly after she moved to Ireland. It was at a Jehovah’s Witnesses meeting.

“It was my first time going to the meeting in Cork. I didn’t know one person so Robert was the first person I met in Cork,” said Tamara, a pharmacy technician. Love blossomed in 2018, ironically, at a wedding in France. There were supposed to be four friends travelling together but two dropped out so it was just the two of them.

“Everything went wrong on the way home. The flight got delayed, then the flight got changed, and we were stuck. Then we got a crazy taxi driver – we had this crazy, crazy day but we were together the whole time chatting and chatting,” said Robert, a secondary school teacher.

From then on they knew they were meant to be together. Just a year later in October 2019 Robert proposed in Curraghbinny Wood using giant letters to spell, “Will you marry me?” “I said yes before he went on his knee,” smiled Tamara. They started planning the wedding straight away and set the date of June 26, 2020 in Alicante. About 50 people were going to travel from Ireland to Spain. We all know what happened that March...

“It was really difficult, it was very stressful. For the first few months I was more shocked than anything else. I really felt upset that we couldn’t pinpoint when we could get married,” said Tamara.

“Some places were very kind and did give us some money back but some places refused to. So many people had been through much worse than us so there was no point in focusing on money too much,” said Robert.

In October time, couples could have 50 people at a wedding and guests could travel from Spain to Ireland.

“We said we are supposed to be married at this stage, why are we waiting now? We chose Ireland because if there was some kind of lockdown in Spain again it would not be able to go ahead,” said Robert.

Tamara adds: “We just wanted to start our life together.”

The Maryborough Hotel in Douglas was booked for January 23, 2021. Tamara’s family from Spain, Robert’s family and their closest friends would make up 50.

“I’m really close to my mom and sisters so that really hit me. That was really hard to handle. I felt like I was waking up every day thinking what is going to happen today?” said Tamara.

Robert said their families were very supportive of whatever decision they were going to make. They decided to go ahead with six guests – Robert’s mum, dad, brother and sister and Tamara had her sister and brother in law who live in Cork.

But while six were there in the flesh, over 700 joined them on Zoom for the ceremony from as far away as India and Colombia. It was projected on a big screen so they could see everyone.

Tamara looked stunning in her vintage-inspired open back lace dress. She joked that she was planning on cutting the sleeves off for the wedding in Spain but needed them for her Irish winter wedding. 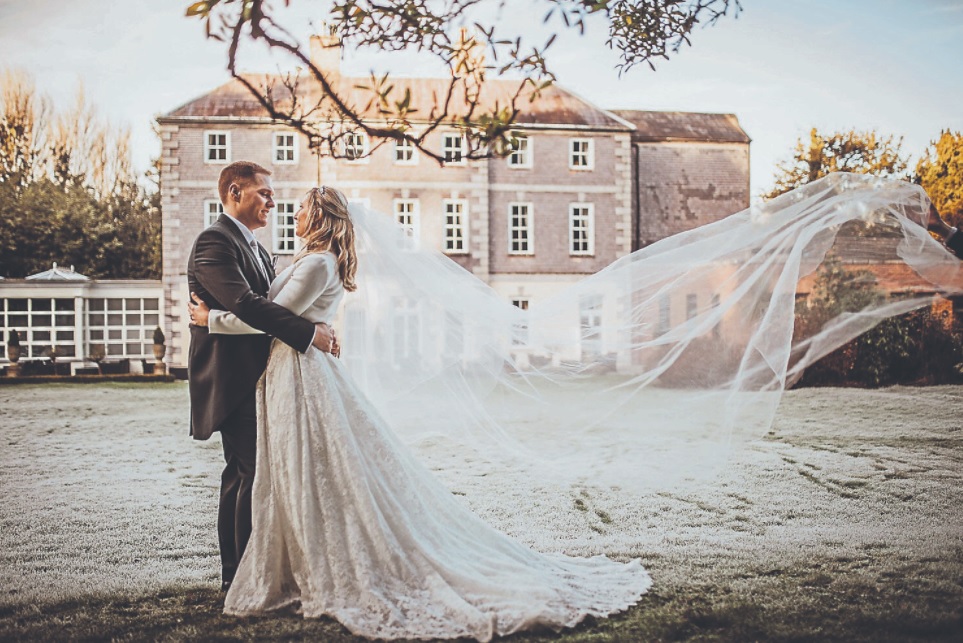 After the ceremony, they had break out rooms on Zoom to say hello to immediate family and closest friends. Videos were played of people wishing them well. They even ate the meal with loved ones on Zoom. The virtual attendees also got to see their first dance.

Afterwards they played games on Zoom with their nearest and dearest. Tamara’s family were with her with on screen for the whole day – from her leaving the house to the end of the night.

“It’s about your relationship with your spouse, and getting off to a good start no matter if there are six people or 600 people there. The support we felt was incredible even though they were so far away.” The final word goes to the bride who said they “wouldn’t have changed it for anything because we’d be in this perpetual eternity of waiting”.