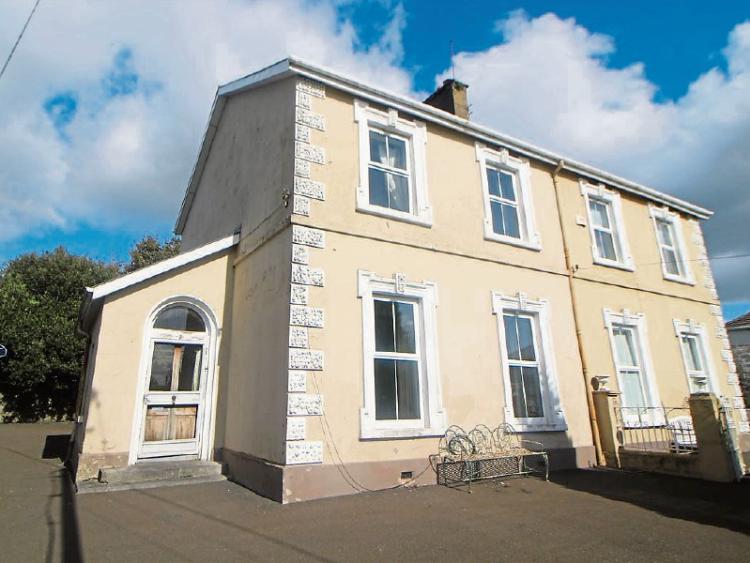 Elevated site on the Ennis Road: Old world homes, number 3 and 4 Clifton Ville were put on the market around the same time by different owners

HOUSES in Clifton Ville are like buses. You wait  ages for one to go up for sale and then two come along together.

The old world homes on the Ennis Road would be well-known to GAA supporters as they overlook the LIT Gaelic Grounds and are right across from the Woodfield.

The sale of 3 Clifton Ville is being handled by GVM’s Tom Crosse while Geoffrey de Courcy, of Property Partners de Courcy O’Dwyer, is looking after number 4. They are owned by different parties.

Both auctioneers agree that it would be rare for adjoining houses to come on the market at the same time. And especially long-established abodes like Clifton Ville.

“It is unusual. Sometimes these things happen,” said Mr de Courcy, who has recently gone sale agreed on number 4.

“We had good interest in ours. It has superb gardens, both back and front. There is a garage to the front which the others on the front don’t have,” said Mr de Courcy, who wouldn’t be drawn if the price was higher or lower than the reserve.

Mr Crosse says that number 3 is still on the market but doesn’t expect it to remain for sale for too long.

He describes it as a “trophy” house which is appropriate considering its proximity to the home of the All-Ireland champions.

“There is good interest. They are beautiful old world houses – splendid period-type properties. They have some of the elegant original features and superb gardens. They are huge gardens considering you are so close to the city,” said Mr Crosse.

“They are commensurate with their era. A good share of work needs to be done. A lot of people want to buy and move in. There isn’t a lot of people who want the hassle of having to spend six months renovating. Some people don’t have the deep pockets to do that, some people do,” said Mr de Courcy.

Again, Mr Crosse and Mr de Courcy agree that the lack of stock is a big problem.

“There is a pent up demand. We will have to see through the year will supply come back to the market thus reducing the demand. When that does happen you will find prices will stabilise.

“When we went into lockdown in March 2020 there was a fear that property prices could fall as much as 20% but nationally they went up 8% last year, and they have already gone up 8% this year,” said Mr de Courcy.

He too has seen the increase in demand driven by people relocating to Limerick from Dublin but “most of our sales would be local”.

If both new owners of the two homes are Limerick hurling supporters it will be the perfect location!