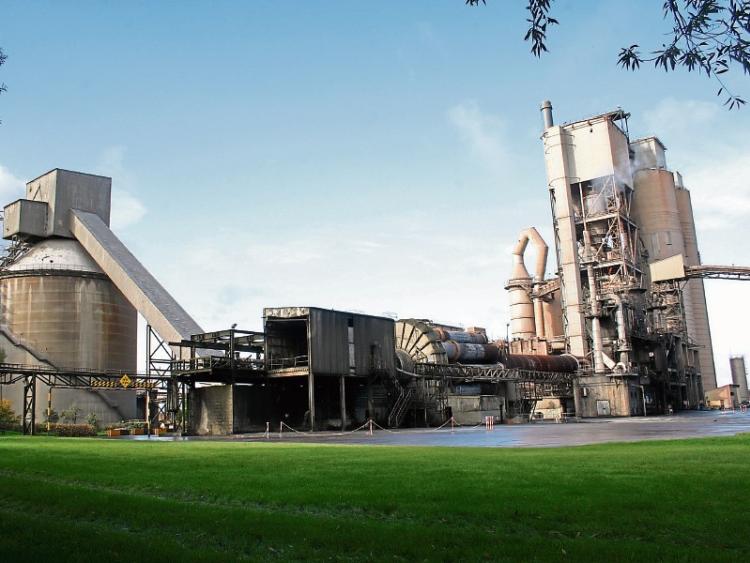 THE Environmental Protection Agency (EPA) has confirmed a delay in making a decision around Irish Cement’s €10m Mungret project.

Irish Cement are seeking a licence from the regulator to switch away from fossil fuels and burn used tyres and other waste products to generate the building material at its plant on the edge of Limerick.

A five-day oral hearing was held into the plans last December.

And while the EPA was expected to make a decision this week, it has this afternoon written to all objectors to tell them that due to the “complexity and nature of the information”, a delay is necessary.

The agency has said it intends to complete the consideration of the objection before June 30 next.

#IrishCement
The EPA have written to me today as an objector to Irish Cement fuel licence to inform me the decision due date has been extended until June 31st before which a decision will be made. pic.twitter.com/ltb3JtcxjN

Concerns among residents and local businesses had paved the way for the original oral hearing, with Irish Cement needing only a licence from the EPA to begin its operation.

Fears among locals centre on the impact introducing new items into its cement kiln it will have on the environment.

Irish Cement for its part has always insisted that because any burning will take place at such an extreme temperature, any impact on the environment will be negligible.

One of the objectors, local Fine Gael councillor Daniel Butler said: “We are almost at the end of this process and people have been waiting anxiously for the result. So extending it will not help but at least careful consideration is happening. Covid-19 has probably distracted many minds but this will re-focus us on what is also a serious public health issue.”

Claire Keating of Limerick Against Pollution, the main opposition group to the Irish Cement plans, added: "We remain hopeful that the EPA will make the right decision and reject the application based on the evidence presented to the board at the virtual oral hearing held December 2, 2020."