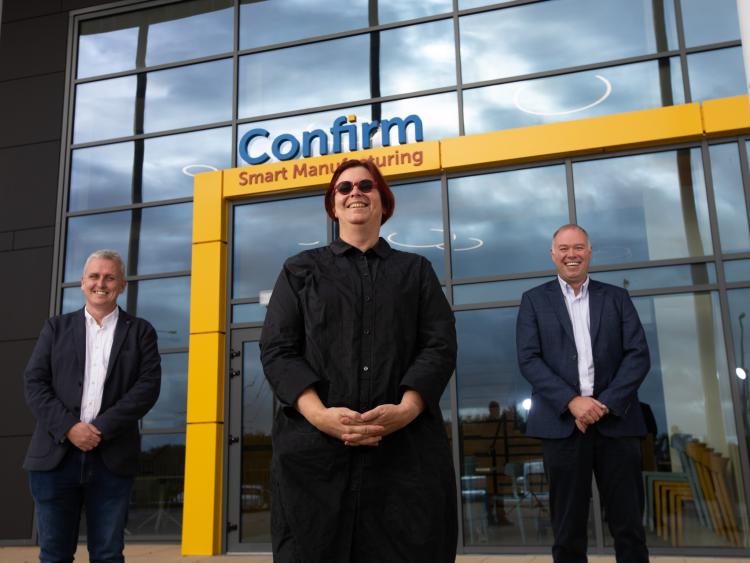 A NEW smart manufacturing solution, described as “cutting edge” has been launched at the University of Limerick this morning.

Located at the Confirm Centre for Smart Manufacturing, headquartered within the University of Limerick’s digital district at Park Point in the Dublin Road, the new test-bed was designed and deployed under the leadership of Dr Eoin O’Connell, a funded investigator in the firm.

He was tasked with exploring ideas and technologies for improving manufacturing environments towards creating smarter factories by utilising the latest wireless technologies such as 5G, 6G and Wifi6.

Planning and executing the innovation test-bed was a collaborative effort between Confirm and Netmore. It was designed by firstly looking at the challenges manufacturing companies face that can benefit from enabling technologies such as 5G, by specifically focussing on test use cases for real-world issues like industrial IoT, robotics and the deployment of mixed reality in manufacturing.

Early tests included a practical study undertaken in December 2020 where an self-drive vehicle was controlled on a 5G network at the Confirm centre, something staff there believe is the first reported case of such robotic control in this country.

The test-bed promises fast connectivity, more bandwidth and low latency with support for tens of thousands of devices in a small location.

Up to one million connections per square kilometre could be achieved, something which are seen as being attractive prospects to manufacturing facilities.

It will also offer manufacturers the chance to build smarter factories and truly take advantage of technologies such as automation, artificial intelligence, augmented reality for troubleshooting, and the larger deployment of Internet of Things devices.

Dr O’Connell added: “It is now clear that the manufacturing sector will ultimately be driven by the capacity and scalability of high-speed networks. The future wireless innovation test-bed at Confirm will enable cutting edge research to deliver the breakthroughs needed for the factory of the future.”