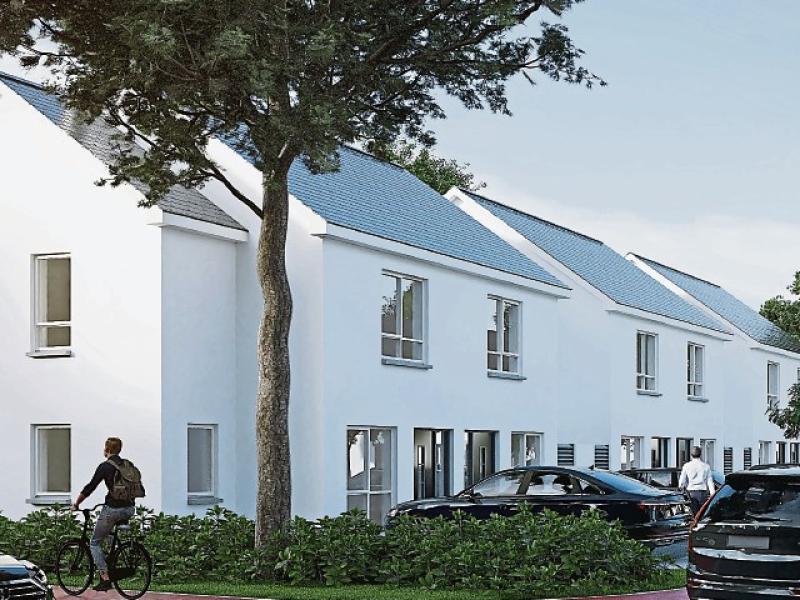 A render of how one of the new homes appears

DEVELOPERS are seeking to build 61 new homes on the edge of Newcastle West – targetting young couples and the elderly.

DC Manor, a company controlled by Denis Corbett, has announced its intention to apply to the local authority for permission to build 48 terraced and four semi-detached two-storey houses at Woodfield Manor in Cloonyscrehane, on the Cork exit of the town.​

On top of this, the firm is also planning nine single-storey retirement homes, plus the associated site works.

Should this development get the green light from council planners, ​Mr Corbett said it will be on top of a separate project the firm has permission for in the same area, for around 60 homes.

Mr Corbett said 30 of homes in the first development will be sold to Cluid, who he described as “an unbelievable company to deal with” and pointed out his own mother is in a house run by the voluntary housing body.

The developer, based in Newcastle West, said he hopes to bring 200 building jobs to the area.

He pointed out that none of the second tranche of homes – the starter units and retirement properties – will be social, bar the minimum which would need to be provided.​

“What I am targetting here is homes for young couples who can’t afford bigger, more expensive houses, and old-folks retirement homes. I’m doing a service to our community,” he said, “The new application, for the 61, will be for old people, retired people and first-time buyers. Starter homes, that's what we are trying for.”

Mr Corbett believes the new building jobs will have a positive knock-on effect to his local community, pointing out these workers will spend in local shops, petrol stations, plus restaurants and pubs when they open.

“All the land around my site is zoned for housing. There will be housing in all these fields as that's what they are zoned for,” he added, “These will be A2 energy rated homes.”

Having announced his intention to seek permission for 61 further homes, Mr Corbett has two weeks to formally submit an application.