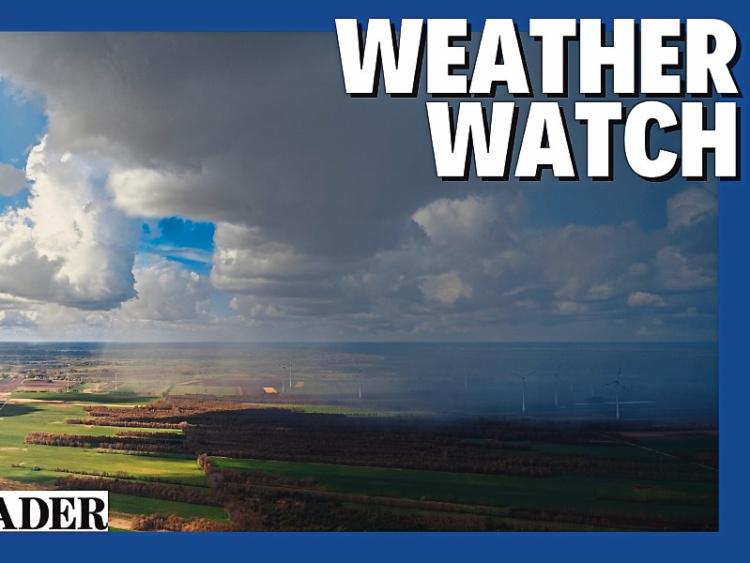 TODAY brings a mix of sunshine and scattered showers, with some of these becoming heavy at times and with the possibility of hail. Showers will continue for most of the day with some wintry falls possible on high ground later in the evening. Highest temperatures of between seven and nine degrees Celsius, in light to moderate north to northeast breezes.

We will see a return to some unseasonably very cold weather this weekend, with an arctic airmass becoming re-established over the country. There'll be plenty of sunshine and northerly winds will be mostly light overall, but there'll be some wintry showers, with these most widespread across the country on Saturday. The showers will become more isolated on Sunday as pressure builds temporarily from the west. It will be extremely cold by night, with widespread sharp, locally severe, frosts.

While temperatures will continue to remain below average early next week, it will become less cold from Monday, as winds switch to a southwesterly direction and we'll lose those widespread night-time frosts. Low pressure will gradually become more dominant and it will be breezy at times with some rain or showers, especially for the west and north.

As for tonight, it will turn very cold, with temperatures dropping below freezing and a widespread sharp wind. Frost will form in some parts. While it will be dry in most places, there'll be scattered rain, hail, sleet and snow showers in parts of the north and northwest, with a chance of thunder too.

A cold bright day tomorrow, with good spells of sunshine. Dry in many places to begin, but cloud will be bubbling up and showers of rain, hail and sleet in parts of the north and northwest, will become more widespread later in the morning and into the afternoon and early evening.

Up to the minute Limerick weather news can be found here.