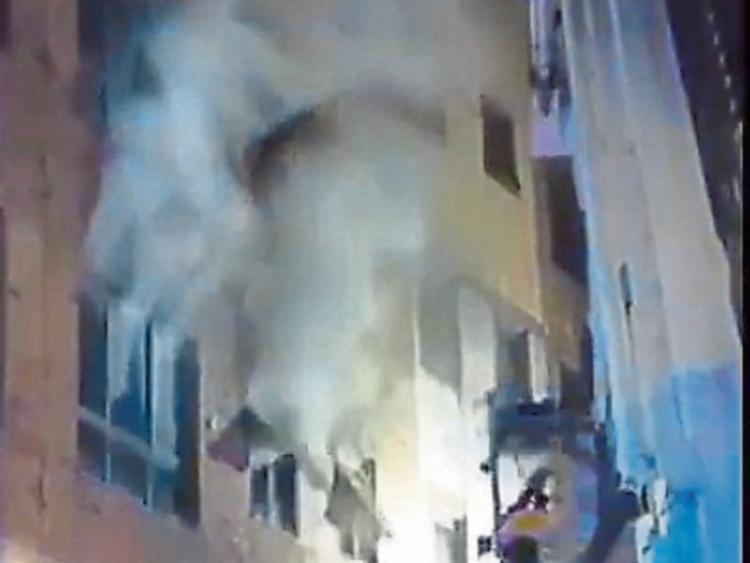 A TEENAGER who set fire to an apartment in the city centre following a row with his father has been jailed for 18 months.

Moaid Ibrahim, 18, who has an address at Rice’s Corner, Thomondgate, Limerick had pleaded guilty to arson following the incident at Mount Kennett Place on October 18, 2019.

During a sentencing hearing, Limerick Circuit Court was told the defendant, who is originally from Sudan, set fire to a bundle of clothes in the corner of a room as he was “annoyed” with his father.

After the fire caught hold, it spread and caused almost €50,000 worth of damage. While the complex was evacuated, there were no serious injuries.

Seeking leniency, barrister Pat Whyms urged the court to note that his client had consumed a considerable amount of alcohol and drugs and that there was a background to the offence.

“It was highly reckless, it was not his intention to burn down the property,” he said.

Mr Whyms also urged the court to note his client’s admissions and the fact that he has “done his very best” to engage with various services while in prison.

Judge Tom O’Donnell said what happened was very serious and that the consequences could have been a lot worse.

He noted that residents in neighbouring apartments had been evacuated on the night and that, while insured, the owners have seen their premiums increase as a result of the fire.

The judge accepted Mr Ibrahim was only 17 when he committed the offence and that the relationship between him and his father was “difficult and testing”.

However, despite the mitigating factors and the positive contents of a probation report, he said a custodial sentence “must follow” given the seriousness of the offence.

A three year prison sentence was imposed with the final 18 months suspended.

A separate concurrent 18 month sentence was imposed in relation to an assault of a garda which occurred in the city centre a number of months after the fire.

During that incident, which occurred at Cruises Street on February 22, 2020, a female garda was struck in the face when she attempted to provide assistance to Mr Ibrahim who was lying on the street while “completely out of it”.