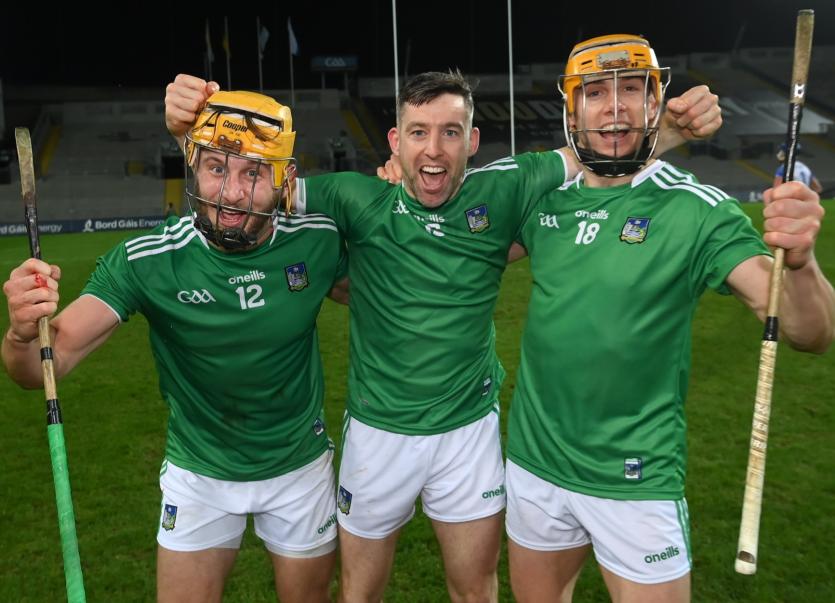 WITH the Easter holidays now underway, a councillor has asked Limerick’s hurling heroes to make an appeal to ensure youngsters continue to do their best in the fight against Covid-19.

At this month’s full council meeting, Labour’s Conor Sheehan said he feels those who young people can relate to might be better at delivering a message to persuade them to remain indoors – or if they are meeting people, to do so outdoors, and at a social distance.

He said: “The whole approach of scolding young people and talking at them actually doesn’t work, and it’s not working. Let’s talk to the hurling stars, the sporting heroes and have them tell their stories.”

Cllr Sheehan added: “I could stand up and say ‘bould teenagers’ and so could every other councillor. But that’s not going to work. I do think young people have been disproportionately impacted by all of this. Both the young and elderly have that correlation between them. Older people have effectively been in prison for the last year. There is so much pent-up frustration as it’s a natural human impulse to be able to socialise.”

Continuing, Cllr Sheehan said: “Basically, we should get people like the sporting stars – their peers – to come out and appeal to them not to go mad over the Easter period.”

Ccouncillor Emmett O’Brien said he feels blame for the spread of Covid-19 has been unfairly laid at the door of youngsters.

“Nobody should be blaming anybody at the moment, because the blame is beyond our control in any event. At the start of the pandemic last year, Leo Varadkar said there was to be nobody who should be blaming their neighbours. But we’ve come through a year when there was a cacophony of public representatives finger-pointing, finger-wagging and giving out,” he told the virtual meeting.

“I think it’s grossly unfair. Whether they are boys or girls, these young people have been locked inside their houses for the last year like cattle in a shed. When they go out, they will go mad. This is set against a backdrop of a failed vaccine programme and a government which continues to give mixed messages about lockdown guidelines and whether we are in or out of level 5,” Cllr O’Brien added.

Any criticism of youth is a “deflection” of this from public representatives, he added.

When contacted by the Leader, Limerick GAA chairman John Cregan pointed out that before the December All-Ireland final, the county board engaged with Public Health Mid-West on an awareness campaign to ensure fans celebrated responsibly following the victory over Waterford.

This week, he said: “We use every opportunity to [highlight the need to socially distance] with our players. Any further requests we get like that into the future, we’d make any manager or team player available.”