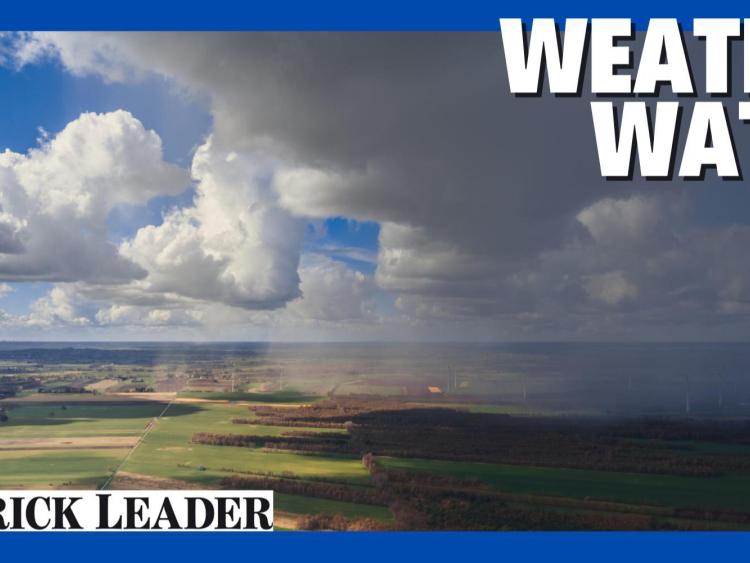 Monday, will be mostly cloudy for a time and it will continue misty with low cloud and a little drizzle in southern and southwestern coastal parts. Otherwise it will be mostly dry and some bright or sunny spells will develop, these mainly in northern parts of the province. Highest temperatures of 11 to 16 degrees, highest in northern parts of the province. Breezy for a time with moderate to fresh and gusty southwest winds, stronger in some western coastal parts, but the winds will tend to moderate later.

Overview: Mild today and getting even milder over the next couple of days, before turning cooler through midweek. Some heavy rain today and tonight in places, but becoming drier in the coming days as pressure builds, and then mainly dry with sunshine later in the week and to start Easter weekend with high pressure in charge for a time.

Monday night: It will be mostly cloudy and dry in most places on Monday night apart from a little drizzle in parts of the southwest, west and northwest. It will be rather misty too in other parts with some fog and some low cloud, especially in southern parts. Lowest temperatures of 5 to 9 degrees, with the lowest values in parts of the southeast where there'll be some clear spells. Southerly winds will continue to ease, decreasing light to moderate, though still fresh to strong in coastal parts of the west and northwest.

Tuesday: Mist and fog in Minster and Leinster will clear through the morning. It will be a dry in most places and very mild or even warm with some pleasant spells of sunshine developing, especially for Leinster, many parts of Munster and East Ulster. It will be cloudier further to the north and west though, with a little patchy drizzle and mist in coastal parts of the northwest and with outbreaks of more persistent rain pushing into western parts of Ulster and parts of Connacht through the day. A wide variation in temperatures with values ranging from 15 to 18 degrees in the sunnier parts to between 12 and 14 degrees in parts of the west and northwest. Winds will be mostly light to moderate southwesterly, a little fresher for a time though in parts of the northwest and veering northwesterly here later on.

Tuesday night: We'll start to transition into cooler weather from Tuesday night. Cloud and outbreaks of rain and drizzle will continue to move down across the country, with clearer colder conditions and a scattering of showers following to at least the northern half of the country. Lowest temperatures will range from between 3 and 5 degrees across the northern half of the country to between 5 and 7 or 8 degrees further to the south. Winds will become mostly moderate northerly overnight, a little fresher in parts of the north and northwest.

Wednesday: The colder bright weather will continue to filter further south on Wednesday morning and there'll be some nice spells of sunshine and some scattered showers. Some southern and possibly some eastern areas may hold onto more in the way of cloud with some more persistent rain possible, especially later on. A big drop in temperatures from previous few days with values from 8 to 11 degrees, though possibly higher in southern and southeastern areas and it will be breezy with moderate to fresh northeasterly winds.

Wednesday night: Wednesday night will bring a good lot of dry, cold, clear weather for most places, although it will be cloudier in southern and some eastern parts with some outbreaks of rain which will mostly clear southwards later in the night. Lowest temperatures will range from 0 to 3 degrees across Connacht and Ulster, coldest in northern parts, to between 4 and 6 degrees further to the south. A breezy night with moderate to fresh northeasterly winds, though easing light in some northern parts, allowing a touch of frost in some sheltered parts of Ulster.

Thursday: Any remaining rain in southern parts will clear southwards to give a mainly dry day across the country on Thursday with plenty of sunshine, though a little cloudier for a while in southern areas. Highest temperatures will range from around 7 degrees along north and east facing coasts up to 11 or 12 degrees in parts of the southwest. Winds will be moderate to fresh east to northeasterly, decreasing mostly moderate later.

Thursday night: will be dry and cold with clear skies and with north to northeasterly breezes, decreasing mostly light. Lowest temperatures of 0 to 3 degrees with some frost.

Friday: will be another dry and it will be a sunny day for most. Becoming a little cloudier in northern parts later on. Temperatures will recover a little to around normal for the time of year, with values widely ranging from 10 to 12 degrees, a little lower on the north coast, and feeling pleasant in the sunshine with just a gentle northerly breeze.

Further outlook: High pressure will continue to dominate for Easter Saturday bringing a mostly dry day with a mix of cloud and sunshine and temperatures up a little on Friday's. High pressure will then start to decline to the southwest, so turning more unsettled and turning colder over Easter, with some rain moving down from the north, followed by showers, some wintry.