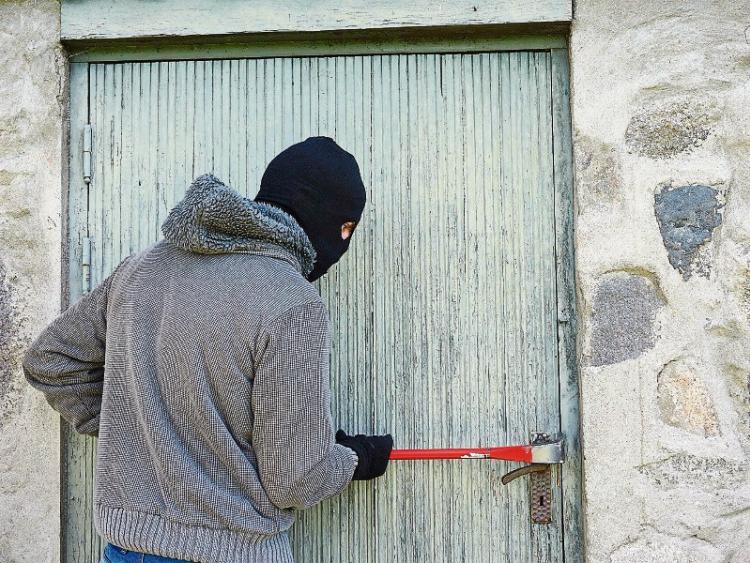 NEWCASTLE West Superintendent Aileen Magner has revealed in great detail the effect Covid and consequent lockdowns have had on crime in her garda district.

It is unlikely that she or any superintendent will deliver statistics like it ever again. Supt Magner stressed that they “do come with a warning”.

“It is not that crime or criminals have gone away. Covid unfortunately arrived as did the associated regulations which have been an aid in reducing certain types of crime,” said Supt Magner, who was giving a presentation to Newcastle West councillors at a joint police committee meeting.

“This was to be expected  because obviously for huge portions of 2020 more people were at home.

“There was a decrease of 14% in thefts of vehicles. A decrease in 30% in thefts from shops, again understandable because for portions of the year many shops were closed,” said Supt Magner.

The good news continued with thefts from persons down 100% and crimes against the person down 19%.

One of two areas that was up in 2020 compared to 2019 were domestic violence-related incidences.

The second area which bucked the trend was thefts from vehicles which were up 40%.

The superintendent drilled down into the statistics to tell the councillors that there was a 267% jump in Dromcollogher.

“It sounds like a massive increase but it is three up to 11. There are a lot of scenic areas in Dromcollogher and in lockdown a lot of people went walking there. This left an opportunity for travelling criminals to break into vehicles in secluded areas.

“One thing that never ceases to amaze us is people do regularly leave their cars unlocked and leave valuables on show. Lock up and hide valuables. Some people do everything right and their cars are still broken into and valuables stolen but we don’t want to make it too easy for these criminals,” said Supt Magner.

She said sexual offences were down 44%.

Supt Magner said criminal damage is down 25% which “normally would be a a crime associated with antisocial behaviour. Public order was down 17% and drunkenness down 45%.

Supt Magner said there has been an increase in drug searches of 33%.

She said they are “certainly reaping the rewards” from the dedicated drug unit she established. It has now been extended to include two gardai from Bruff.

“The four members work solely on intelligence based investigations throughout the district. This has been a fantastic asset,” said Supt Magner.

Other points of interest in the lengthy presentation was Dromcollogher which saw a 16% increase in property crime but saw a 62% decline in burglaries.

“Dromcollogher is basically like a back corridor for travelling criminals in and out of various different divisions. Dromcollogher had been particularly badly hit (by burglaries) in 2019,” said Supt Magner.

Another interesting statitistic was thefts from shops in Abbeyfeale being down 61%.

“Young people were not stealing out of any major malice but as a result of dares. There was a lot of garda interaction with different stakeholders,” said Supt Magner.

So while the crime figures for 2020 were overwhelmingly positive she said it is “cold comfort to those who find themselves victims of crime”.

Supt Magner implored “members of the public to report any suspicious activity immediately.

“Often it is reported after the fact. If we are aware of any suspicious activity we can react in real time and have a better chance of locating the perpetrators. When we come out of lockdown we can’t promise who will be on the road at that stage and significantly contributing to our burglaries,” said Supt Magner.