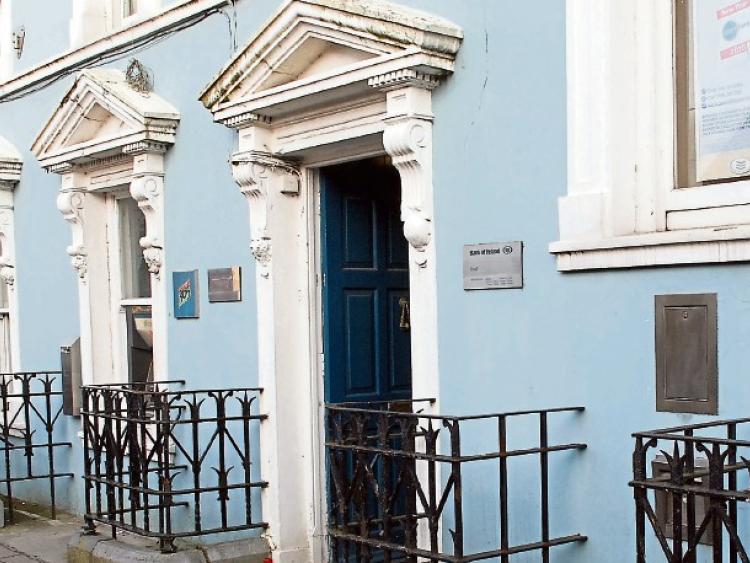 COUNCILLORS are to push for locally-led financial services in the wake of the Bank of Ireland decision to close seven branches in Limerick.

Members passed a motion at a special meeting this Friday calling on Finance Minister Pascal Donohoe to use the Government shareholding in the pillar bank to halt the shutdown of the services until a full assessment of its impact on the economy locally was done.

However, many councillors conceded that whatever happens, the lender is unlikely to reverse its decision to cease trading in Bruff, Abbeyfeale, Askeaton, Rathkeale, Caherdavin, Roxboro and the University of Limerick.

And it led to calls for a different way of doing things.

Independent councillor Jerome Scanlan, a former bank manager, who proposed the motion, said: “The future of banking and the future of finance here needs to be taken in hand by our local authorities who are very fortunate, as everybody knows, in procuring funding through the European Investment Bank. If we are to renew, progress and keep our money going here, we have to look at the funding streams that I have referred to.”

Councillor Tom Ruddle said: “Banks don’t want to meet anyone. Maybe it’s time for us to be more or less jilting them when they are jilting us. There has to be some way of getting back a personal service which people can go in, and talk to someone and meet someone.”

Praise was reserved for the Credit Union network, but it was acknowledged that its financing capabilities can be limited.

Councillor James Collins, who as a small business owner relies on Bank of Ireland at Roxboro said: “I think the message should go out that if our pillar banks don’t want the business in our rural towns and villages, perhaps there are Credit Unions which are out there that would be happy to step ip. Maybe that case can be made to the financial regulator to allow the Credit Unions increase their service.”

It was a point backed up by Glin-based member John Sheahan, who added: “Rather than us looking for Bank of Ireland to reverse its decision, perhaps we should be promoting – and maybe our local government can have a part in this – the creation of a national bank. At the moment, our bamking system is going to become non-competitive and people will be at the mercy of whatever bank is left standing in Ireland.”

When it announced the closures, Bank of Ireland said it had agreed a new partnership with An Post which will offer its customers services at more than 900 locations across Ireland. ​

But Cllr Liam Galvin from Abbeyfeale – which is losing its Bank of Ireland – predicted a “tsunami” of post office closures in future. It follows a warning from the Irish Postmaster's Union which warned over 200 branches faced being shuttered.

Cllr Catherine Slattery warned the bank closures will leave elderly people keeping cash in their homes “which will lead to other problems”, while Cllr Elena Secas accused Bank of Ireland of “exploiting the Covid-19 crisis to drive down costs”.

Veteran councillor Kevin Sheahan was the only member who did not back the motion, saying people should “celebrate” the closure of pillar banks.

He made the point this would allow for the creation of more Credit Unions and other community schemes.

In response to comments, council boss Dr Pat Daly said: “We will look through our economic and community development departments to see if any alternative proposal can be looked at.”