Deposits paid on €500k Limerick homes not even built yet 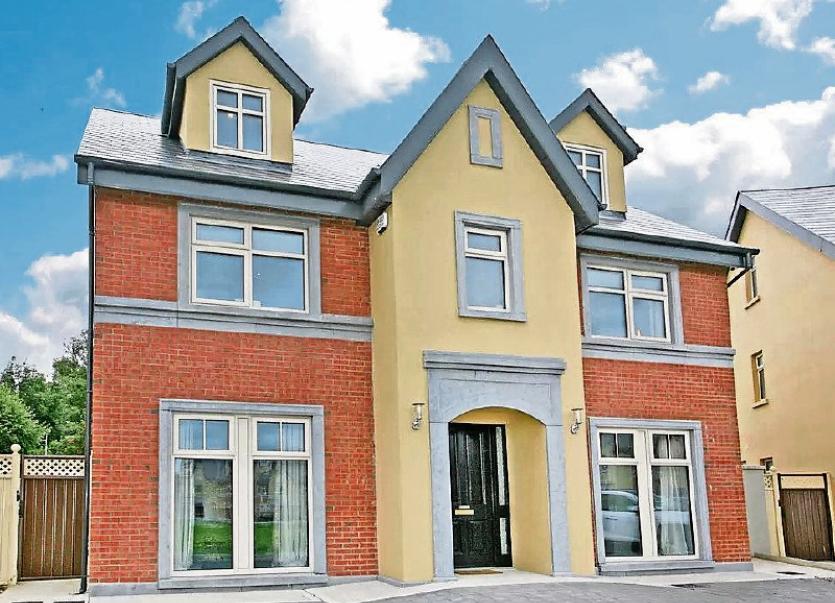 IN LAST week’s Limerick Leader we reported how purchasers were buying houses without even setting foot in the door, and on the scarcity of good detached houses in the city and county.

This week we reveal how those stories have combined into people buying detached homes that have not even been built yet.

In the next phase, the auctioneer said, the builder is constructing 10 more of the same style house.

“We have deposits taken on six of them. It is down to the quality of the houses and the location,” Mr O’Donoghue said.

Due to lockdown, the builder has had to wait until he and all in the construction industry get the green light from government to start work again. And once he does get the OK it will be another six to eight months before they are completed. So the new owners will have to wait until much later this year to turn the key on their dream home.

“They are block built which to me is a better build but a little slower to build. He won’t rush them. When you go in there you just drop your bags – floors are finished, walls painted and you’re ready to rock,” said Mr O’Donoghue.

Interested parties obviously can’t see the homes but he says they can get a feel for the houses on the website and they would know the  location.

“A lot of people are moving back from Dublin to Castletroy. We have seen a good share of Limerick people wanting to move back. I’ve sold 10 detached houses in Castletroy in the last few months. They might have young families or are starting families and want that family support in Limerick,” said Mr O’Donoghue.

And it is all made possible due to Covid.

“They can work remotely due to Covid. They might commute back one day a week / 10 days / two weeks to work and Castletroy is on the Dublin side. Get up early on a Friday morning to be at their desk, do their day’s work and be back for the weekend,” he explains.

Mr O’Donoghue says the other big attraction of Limerick over the capital is the “value of their buck versus Dublin”.

“You are buying a quality detached A rated home nearly 2,000 sq feet in size for the price of a nice two bedroom apartment in a good location in Dublin,” he says.

Looking to the future, Mr O’Donogue says this will be a boon to the local economy with couples returning to Limerick to settle down.

“They are generally highly skilled well paid people coming back and investing their money. It is good – we were exporting people out of Limerick long enough,” said Mr O’Donoghue.

The problem he and all auctioneers are facing is a “huge shortage of stock”. “There is very little around. As a consequence we are seeing multiple bidders on the one property,” he said.

Mr O’Donoghue gives an example of a house in Westbury which fell through at a price of €192,000. It came back on the market and six bidders got involved. It sold within two weeks for a significantly higher sum.