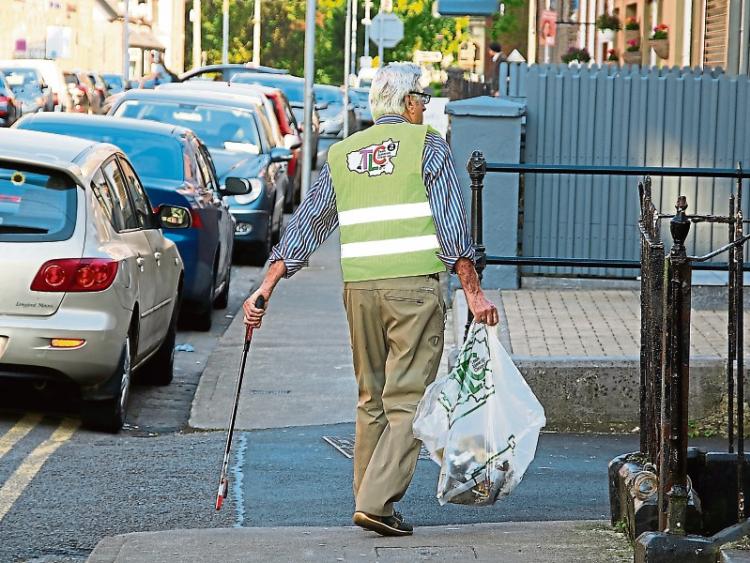 A Limerick councillor has questioned whether dogs should be banned from footpaths – and has called for special areas where canines can “relieve themselves”.

At this month’s full council meeting, Independent member Jerome Scanlan made the suggestion, as his colleagues backed the adoption of a strategy which would reward dog owners who did not leave their animal’s waste on the street.

“A lot more people are having dogs. But they should come with a health and safety warning. People who get dogs sometimes do not realise the duty they have of care and cleanliness. People have a disdain about cleaning up after their dog. There’s not enough signage up there. The duty in relation to keeping the dog seems to have been lost,” said Cllr Scanlan, who represents the Newcastle West municipal district.

He said: “I’m not so sure we should allow dogs to be walked on footpaths either. It was always the case in the UK, and I’ve seen it in Germany, where they have a special section where dogs are allowed to relieve themselves. Maybe we should try and encourage that here where possible?”

Labour councillor Conor Sheehan says the local authority does all it can, adding: “Short of putting nappies on dogs, I really cannot see what else we can do.”

It was Adare-Rathkeale’s Fianna Fail councillor Bridie Collins who proposed the new strategy, which was adopted unanimously.

She asked Limerick City and County Council to use powers given to it under the control of dogs act to address the issue of dog fouling on paths and walkways, and adopt a green dog walker initiative.

“It’s a huge issue up and down the country, not just a Limerick issue. Dog mess is unsightly and can lead to serious health problems and this has been widely documented. Dog fouling is and has always been the responsibility of the owner,” she said.

Cllr Collins proposed Council teams up with the Team Limerick Clean-Up – which will take place virtually on Good Friday next week – on the issue.

“I’ve already been in  touch with the Team Limerick Clean-Up and they are happy to be involved. This initiative is in situ in some County Councils already. Dog owners would sign up to the initiative and when they do, in return, they’d get some sort of free gift or a pack. When signing up, they promise to clean up after their own dog. They also sign up to keep their own dog on a lead, and keep it under control at all times,” she explained.

“I’m influenced greatly by the fact that it is a public health related issue,” he said.

And councillor Kieran O’Hanlon also backed the idea up, saying:

“It’s totally irresponsible of dog owners to allow them to foul footpaths and roads.

“We have to think of people in wheelchairs, people going to work, and as Kevin said there, people could be infected and get a disease from this.”