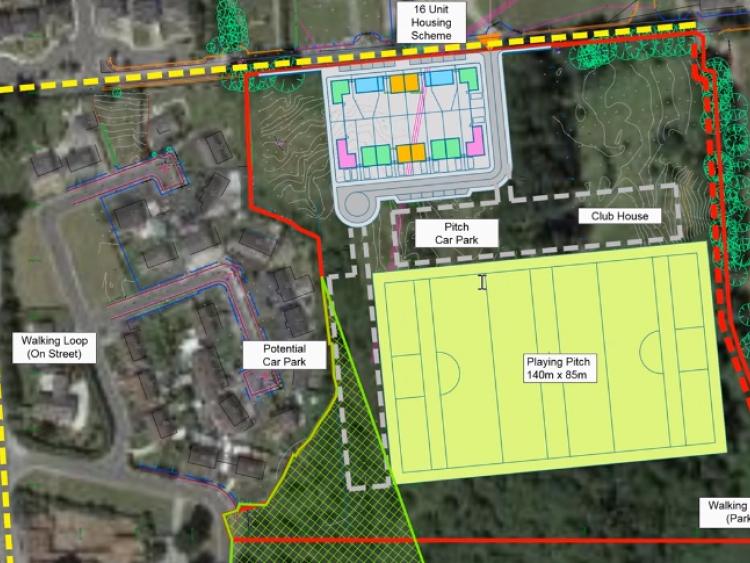 CONTROVERSIAL proposals to build 16 council-houses in Pallaskenry have been deferred for at least five years, councillors have been told.

Last year, plans for the development – at a greenfield site on the outskirts of the village – were revealed by the local authority.

The announcement sparked considerable concern and discussion in the locality as the council has separately agreed to buy 16  houses which are being built by a private developer in the centre of the village.

Briefing members of the Adare/Rathkeale Municipal District, Aoife Duke, Director of Service for Housing Development, gave a commitment not to proceed with the plans in the short term.

In a written update she said the council is proposing to retain 3.8 acres of lands “for future housing” but that the plans to build 16 units on the lands will be put “on hold” until 2026.

“The decision will be reviewed at the end of five years. Commencement of bringing these units forward will only proceed on the basis of justifiable need or evidence of a requirement of Affordable Housing in the area,” she stated adding that public representatives would be consulted before any decision is made.

Councillors were also told that 63 people, currently on the local authority’s housing list, have indicated a preference to be housed in Pallaskenry of which 17 are first preferences.

The 3.8 acres, which the council is seeking to retain, are part of a larger land bank which Pallaskenry Community Development Association has been seeking to acquire, for some time, to facilitate the development of a walkway, a biodiversity park and a community sports field.

While opposed to the proposed housing development, local councillor Emmett O’Brien told the meeting that he is in favour of the remainder of the lands being transferred to the Development Association as soon as possible.

“The issue of social housing on this plot of ground, to my mind, is a non runner and I’m sure Aoife Duke hears that loud and clear but if the executive want to hold that ground for social housing, I can’t do anything about it as a councillor but what I can do is I can propose that the remaining 35.8 acres is given to the people of Pallaskenry,” he said.

Expressing concerns about the proposal, Cllr Kevin Sheahan said he is anxious that the views of the public are sought and he also said he was seeking assurances that the lands are suitable for the development of walkways and a pitch.

“Until such time as suitably qualified people certify the lands as being suitable for development, we have nothing really to discuss,” he said.

At a follow-up meeting on Tuesday, Ms Duke confirmed that following engagement with community representatives, the council had agreed to change the location of the lands it intends to retain.

This, the meeting heard, will facilitate the re-orientation of the sports field which will be access off Don Bosco Road.

The process to formally transfer the remainder of the lands to Pallaskenry Community Development Association will now begin.