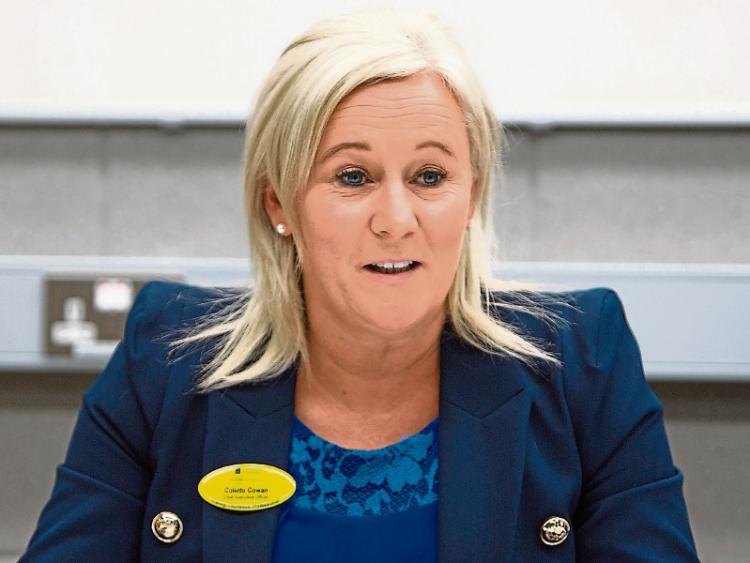 THE boss of University Hospital Limerick has warned a fourth wave of Covid-19 could “grind the hospital system to a halt”.

Amid fears of another increase in cases, Colette Cowan said staff in Dooradoyle haven’t the “resilience” to keep fighting the pandemic – and she has urged people to “hold firm”.

“The recovery plan is key now. Another wave, wave four, which has been discussed now, just grinds the hospital system to a halt. It will just see our waiting lists grow and grow,” she told members of Limerick City and County Council this week.

It comes as Limerick’s case numbers continued to grow, with more than 200 across the city and county over the last fortnight.

Ms Cowan – a critical care nurse by profession – said: “The weariness is tangible. What we are seeing with staff is fear. We cannot do another wave. We don’t have the resilience to do this again and again. It has a traumatic effect on staff.”

Separately, students attending the University of Limerick are being offered free Covid-19 tests as efforts continue to curtail an outbreak.

Elsewhere, it has been confirmed that some administration staff in the University Hospital Limerick have received the Covid-19 vaccine when there have been doses remaining in a vial, rather than wastage.

Meanwhile, as the rollout of the vaccination continues, the hospital CEO has raised the possibility of a second centre opening alongside the Radisson Hotel for Limerick.

She said: “That is not off the table. It’s just a case of trying to get the staffing and make sure we have the vaccines to keep the centres running.”

Ms Cowan added they are looking to ramp up to delivering 6,000 vaccines per day in the region. ​

“As vaccine supply ​improves, and more come on the market, we will look to other centres and how we can divide and conquer,” she said.

So far, vaccinators at the UL Hospitals Group have delivered a total of 17,167 first doses of the Pfizer vaccine, and 5,248 second shots.

Outside the hospital setting, 6,971 first doses have been administered, with 6,044 second doses.

There has been some confusion among the public about the rollout of the Covid-19 vaccine, in terms of who should gain access to the inoculation, and in what order.

The matter was raised at council this week, by Conor Sheehan, Labour.

In response to a query from the Leader, an HSE spokesperson stated: “Sequencing is based on the type of work undertaken, as well as the setting and maintaining a safe level of health and social care services; and not where people work, who they work for and category of worker or grade.”

A spokesperson for University Hospitals Group said staff “considered frontline within the national guidance” have been vaccinated so far.

“They include clerical staff who are assisting in the broader programme vaccinating healthcare colleagues and residents in nursing homes and other residential care facilities across the Mid-West,” they added. They also confirmed that there has been some vaccination of administration staff “where there have been doses remaining in a vial rather than wastage.” This is “as per national direction,” the spokesperson added.Nationally, the Department of Health has introduced mandatory hotel quarantine for arrivals into Ireland. Costing €1,875 for a single adult, it will come into effect on Friday at 4am.