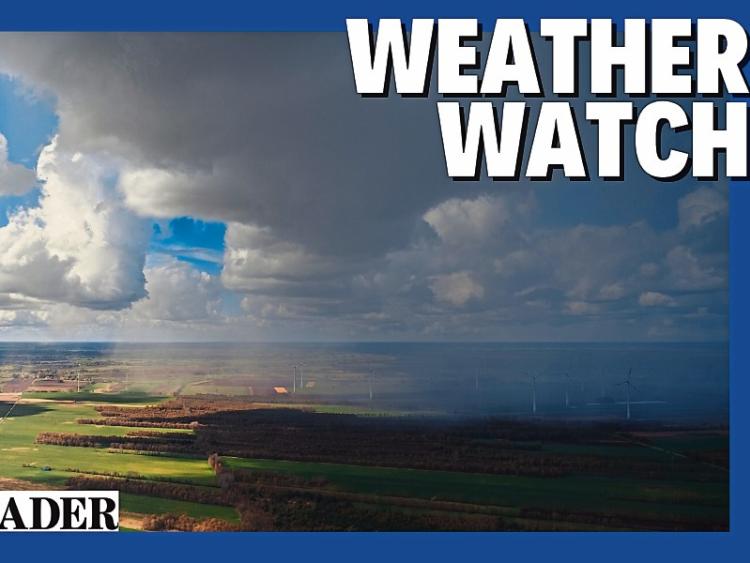 TODAY will start dry with a mix of sunny spells and variable cloud. Cloud will thicken through the late morning, becoming breezy, ahead of a band of showery rain moving in from the Atlantic. Rain will clear western parts through the late afternoon followed by bright spells and just the odd passing shower. Highest temperatures of nine to 11 degrees Celsius in moderate to fresh southwesterly winds.

Unsettled and turning cold as the week progresses with some heavy blustery showers bringing the risk of some wintry precipitation at times.

Tonight, there will be a mix of clear spells and scattered showers, most frequent in the west and northwest. Showers may merge to longer spells of rain in the west later in the night. Lowest temperatures of three to six degrees in light to moderate southerly winds.

Tomorrow will bring sunny spells and heavy, blustery showers or rain or hail, mainly affecting the western half of the country during the morning but becoming widespread as the day goes on. Rain will then develop in the west later in the evening. Highest temperatures of nine to 13 degrees in moderate to fresh and gusty southwesterly winds.