Making Cents! How to deal with financial stress - Liam Croke 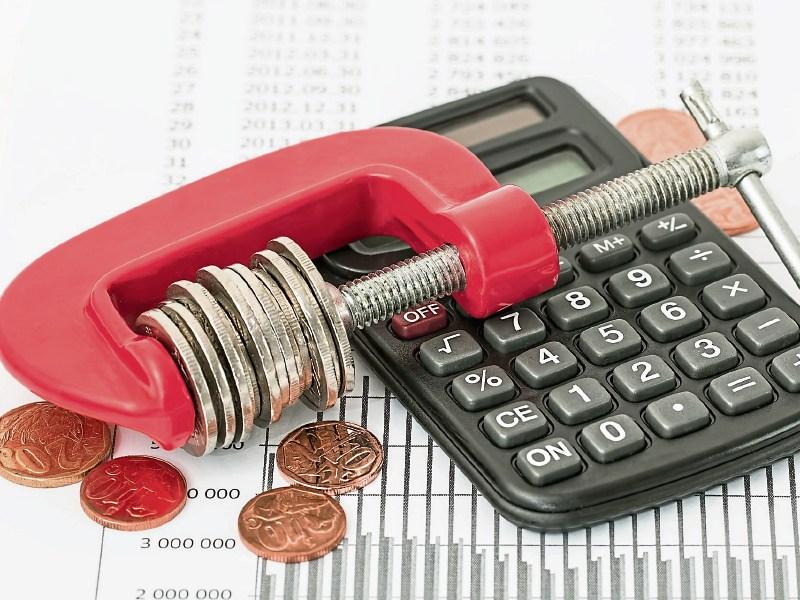 Get proactive: Tackling a financial situation is the best way to get over the stress of money matters

There’s a good chance you’ve experienced financial stress at some stage in your life.

Most studies that look at what the causes of stress in people’s lives are, will invariably uncover that financial matters are right up there, close to, or at the top of peoples reasons.

And because it’s such a complex area, and with so much to cover, this is going to be the first of two articles, with the second to follow next week.

The degree and cause of financial stress will be different for everyone, but the common denominator is the impact it can have on our lives and the anxiety it brings, which can manifest and impact other areas i.e., relationships we have with partners and friends, our ability to be our best at work etc.

The good, news, is when you’re proactive about getting help and taking those first steps to improving your financial situation, it will greatly benefit your physical and mental health as well.

And given the year we’ve just had, financial concerns have become even more magnified for people and whilst worrying about them won’t solve your problems or make them go away, having a plan how to manage the challenges you face, can ease some of the stress you’re feeling, and I’m going to put some suggestions in front of you, that I hope will help.

From my own experience and interactions with people, the circumstances that lead to stress, typically fall into two areas:

The first being unexpected or unplanned for external events that are beyond their control i.e., redundancy, illness, income reduction and so on.

One day, someone could be earning a really good income and then suddenly their employer is downsizing and they’re out of a job, or someone suffers an illness and they’re unable to work and their income drops to whatever the state will pay them.

And the second more common reasons fall under a number, of different headings and they are,

*not being good at managing money each month

*taking on high levels of debt

*not having an emergency fund in place

*not saving enough for retirement

*worried about the future cost of children’s education

These reasons are for suggestion only by the way and I don’t like to label them because everyone’s circumstances are different, and their reasons and triggers are personal to them.

Because there was a small amount in her current account, she had this feeling of being broke because there was so little in it. She also thought she should have saved more than she had.

This was a manufactured stress she created herself and was a feeling she had, rather than a reality.

She probably met someone who told her about the millions they had, and that was the benchmark she was comparing herself against, which created her anxiety. She also began to manufacture her expectations and began making assumptions about particular areas of her finances without having any real logic or baseline numbers to reference her situation against.

She told me she was worried about not having a big enough emergency fund in place. But what was her reasoning behind this? I asked her what was the reference point she was making this assumption against?

She admitted that she didn’t know, and I suspect others are just like her. They don’t have those indisputable numbers that are particular to them. They just think their savings are too low and not enough, but if you don’t know how much you should have, how can you know if you are okay or not? And how can you do anything about it, if they’re not?

My point is that you could be needlessly worrying. You may have more savings than you require and even if you don’t, at least knowing what to aim for, gives you that clear path as to what needs to be done to bring you up to the number you need.

So, you’ve got to know your numbers.

When I met that lady, who had all those savings in place, and I told her that of all the people I meet in her age group, she was probably in the top 5% when it came to her savings rate, she seemed relieved, but you know for some people, and I suspect she might be one of them, they have a fixation with money and will have a persistent feeling of never having enough, no matter what anyone tells them.

Contrast her situation to a gentleman I also met last year, who was €19,000 in arrears on his mortgage, was in court every other month trying to prevent his house from being repossessed and his family from becoming homeless, and to make matters worse he was told by his employer in October that he was being made redundant.

Two very different situations and one obviously much worse than the other, but that’s not to downplay the stress the person with the savings had, it was as real for her as it was the person who was in arrears.

Look there are many different triggers for people who are feeling anxious about their finances, some very real and others not so much. But what I’ve learned about financial stress over the years is that rational thinking can go out the window. People can’t see the wood from the trees, which is why it’s perfectly possible for people to feel anxious even when they’re in a really good place.

I’m not a psychologist and don’t pretend to be, and I’m not naive or smart enough to think I know what all the answers to solving financial stress are. I am a financial adviser and I know what my circle of competency is, and I know what’s outside it as well.

But I can recognize the signs when people are under pressure and just because a problem like financial stress isn’t in plain sight doesn’t mean it’s not there either.

It can be a slow build up, something you are blocking out, but you subconsciously know it’s there.

And you might discount what you’re feeling as not being related to money, but very often it’s the core problem which is why reaching out quickly and looking for advice and help is important.

Okay, in next weeks’ article, I’m going to look at uncovering the reasons behind the stress we’re feeling which can be identified by the law of cause and effect.

Once we really know what we’re worried about, we can then focus on the solutions rather than dwelling on the problem.

And next week I’m going to share with you, what I believe are the 9 areas you need to focus on and if you do, and follow the principles in each, they will help get your finances and stress levels under control.

Liam Croke is MD of Harmonics Financial Ltd, based in Plassey. He can be contacted at liam@harmonics.ie or at harmonics.ie