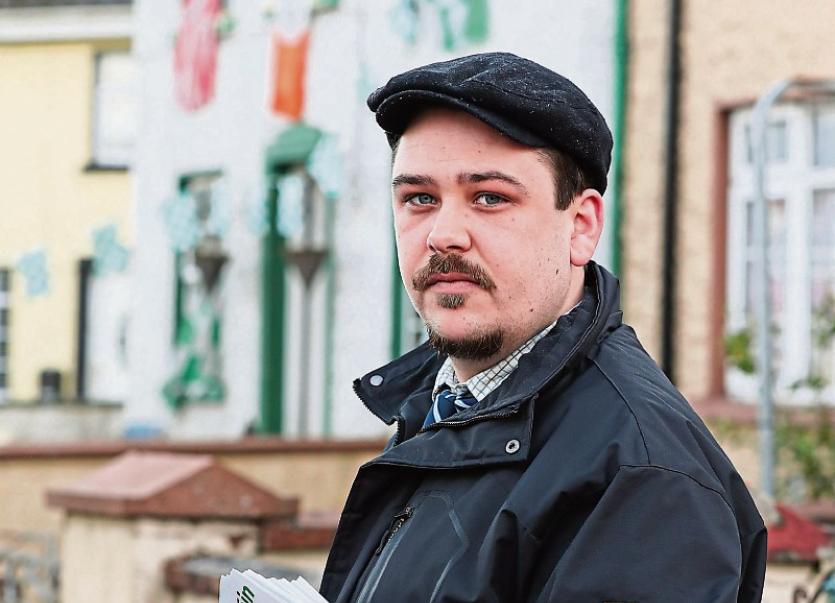 AFTER getting one bolt out of the blue, Seighin O Ceallaigh is hoping political lightning doesn’t strike twice.

The County Limerick Sinn Fein member, who narrowly missed out on getting elected to the Dail last year, can’t run in the next general election because he is a man.

Now he is hoping to run for the council in the Cappamore-Kilmallock muncipal district in the next local elections if his sex doesn’t put him out of the running.

Former councillor, Mr O Ceallaigh confirmed to the Leader that the party has “designated Limerick County a female only constituency so that’s myself out of the running for the next general election”.

It was communicated to him and other Sinn Fein members in Limerick via a Zoom meeting that this is what has been decided.

“There were 20 local members at the meeting. We were all caught by surprise,” said Mr O Ceallaigh. The Leader understands that many of Mr O Ceallaigh’s supporters were angry due to how close he came to being elected last year.

Mr O Ceallaigh concedes that there was shock, disappointment, and anger.

“It’s a week ago at this stage so we have had time to talk it over and accept the decision of the party. It is maybe more so the way it was done - a lot of members were unhappy with it, without member consultation, but look this is the decision that has been taken by the party.

“I don’t agree with the decision but I still agree with Sinn Fein policy. I am still a Republican at the end of the day. I am not leaving the party or running as an Independent or running for any other party. I have no intention of that. I will still be involved in the party definitely,” said Mr O Ceallaigh.

Is this reverse sexism?

“You need to look at the overall picture. It affects me personally in County Limerick but it is a wider issue. There are gender quotas there - there has to be a certain number of female candidates and the party have to work with that,” said Mr O Ceallaigh.

He says it did take him a couple of days to “wrap my head around it”.

“It was a shock. I had intended, at the very least, putting my hat in the ring for the next convention.

“In the last general election we only had about two weeks of a campaign. My hope would have been post-Covid and once we get back to some bit of normality to get back out and build that support and work towards getting elected after we came so close off a snap election. We would have hoped to get across the finishing line this time. That was the plan to contest but unfortunately I am not allowed to because of my gender.”

Mr O Ceallaigh adds: “Whoever it is (chosen to run) I wish them well. They will have my number one vote. The problem I have isn’t with whoever is selected, it is the process. It’s not anything personal. I’d much rather, even if it is not myself, a Sinn Fein TD than a Fine Gael TD.”

The Knockainey resident now plans to run for the council in the Cappamore-Kilmallock Municipal District if he is allowed to.

“Jim Hickey (Sinn Fein) wasn’t too far off getting a seat the last time. It will come down to the convention. I would hope to put my hat in the ring for the next council election and would hope that I wouldn't be excluded for gender reasons for the council elections,” concluded Mr O Ceallaigh.