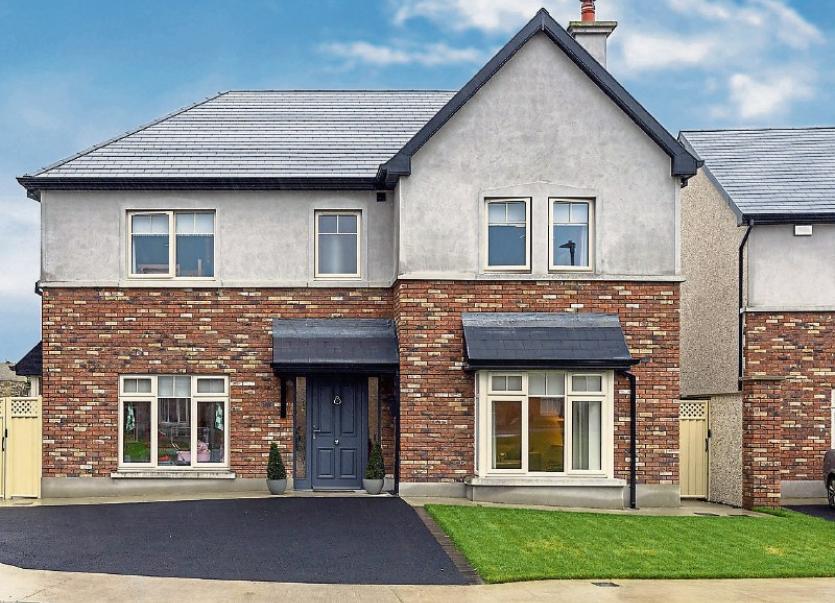 The four bedroom detached property was guided at €585,000.

“There is serious demand. There were five serious bidders. From the day it went up my phone was hopping,” said Mr Wheeler, who declined to reveal what the final sale price was.

Interest is being driven by traders up who have  “outgrown three bed semis or apartments”, he said. Last year, he sold five bedroom Riverslea in Ballyclough. According to the Property Price Register it made €575,000. Again, Mr Wheeler reports a lot of interest in it despite the price.

“If I had three more there I would sell them this minute I can tell you!” said Mr Wheeler.

He echoes what every local auctioneer is saying, “The problem now is the lack of listings that’s in the county and city. There was nothing built for 13 years and stock diminishing every year”.

Mr Wheeler, who is based in Hospital, can only see the situation getting worse.

Mr Wheeler says there are estates around the city that can’t get built because it is “unviable to build them”. He gives one example of 25 acres in a prime location that is “lying idle”.

“There are developments around the city that builders either won’t build on the planning they have or they won’t apply because the guidelines are flawed. They are demanding too high density. It is having the exact opposite effect it is supposed to have because they are not getting built at all. If you build a two bedroom apartment in Dublin you will get €450k; you build one in Limerick you get €250k. They are costing the same money to build,” said Mr Wheeler.

He says the lack of supply will be “further complicated by the new regulations that are coming where the one-off planning out the country is going to be gone”.

“After this year we won’t have any more one-off planning. A farmer can build on his own land but his siblings won't get planning permission,” concluded Mr Wheeler.