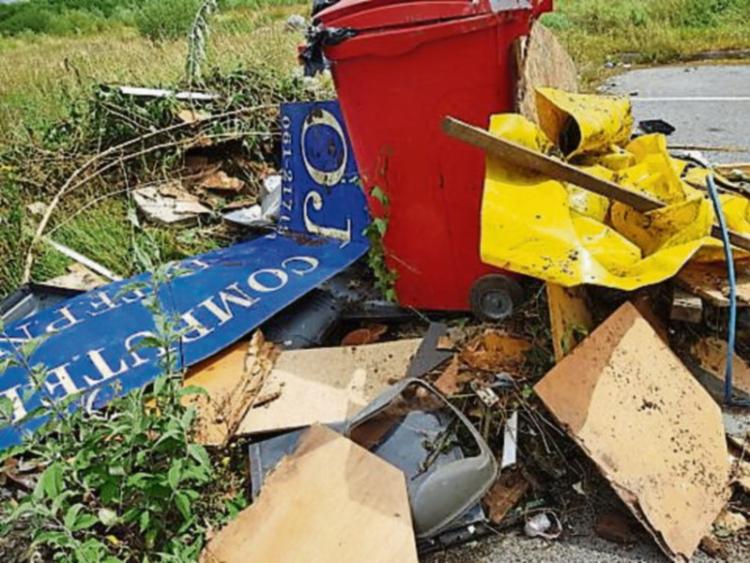 LIMERICK City and County Council has welcomed the conviction, for illegal dumping, of a man at Limerick District Court.

Michael Stanners, aged 38, of Pineview Gardens, Moyross was prosecuted by the local authority arising out of a number of incidents in the city during July 2019.

After pleading guilty to an offence, under Section 32(1) of the Waste Management Act, 1996, the defendant was fined €100 and disqualified from driving for one year.

During a hearing earlier this month, Judge Alan Mitchell was told on July 10, 2019, the council was informed that waste was being loaded onto a vehicle outside a commercial premises at Upper Gerald Griffin Street in the city centre.

An environmental inspector visited the scene where he found two men who were loading, what he classified as waste, into a vehicle.

The men indicated to the inspector that the waste was to be taken to the Greenstar facility on the Dock Road to be disposed of. Photographs were taken of the vehicle and its contents.

The following day, Limerick City and County Council was contacted about an illegal dumping incident at the car park of Limerick Greyhound Stadium.

Upon investigation, it was established that some of the material had come from the van which was observed at Upper Gerald Griffin Street the previous day.

The court heard it cost around €1,000 for the waste to be disposed of correctly, while the owners of the car park and adjacent lands have carried out work to the value of €70,000 to secure the properties and install CCTV as a result of incidents of illegal dumping.

Imposing the ancillary disqualification, Judge Mitchell indicated that he hoped this would send out a strong message to the public.

He stated that someone who drives out into the country to dump a few bin bags should note that the court may disqualify them should they use a vehicle in the commission of an offence.

Following the conviction, a spokesperson for Limerick City and County Council said: “Illegal dumping is a scourge that needs to be stopped. It ruins our environment and diverts scarce resources from other areas and projects.”

The local authority says it’s happy with the outcome of the case and that it takes the issue of illegal dumping very seriously.

“This case proves that the council will follow up on all incidences of illegal dumping and fine and prosecute where possible. We want to encourage the responsible disposal of waste and it’s the Council’s policy to run behavioural change campaigns in addition to enforcement,” they added.

Limerick City and County Council undertook 918 waste inspections as a result of public complaints in 2020.

Mr Stanners has lodged an appeal against the imposition of the driving ban.