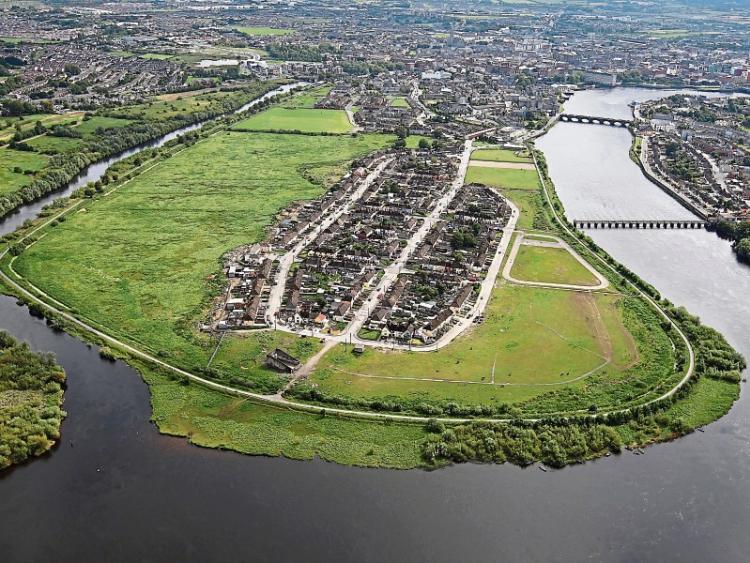 A CITY community has launched a petition to have banks built in a flood-hit area.

Mike Daly, who is originally from St Mary’s Park is fuming at the lack of progress on the mounding which will allow for the flood defences to keep the mighty River Shannon at bay in St Mary’s Park, the Lee Estate and its surrounds.

He has started an online petition calling on Environment Minister Eamon Ryan to have these built without delay.

As revealed by the Limerick Leader last month, residents in the area have now been waiting more than seven years for works in the estate, with the proposals for flood defences currently before An Bord Pleanala.

The banks can be built now, however, argued Mr Daly.

He said: “The bank is mapped as an integral part of the proposed flood defences, raising its height, bringing it down on a graduated basis into the green area in front of houses, wrapping around St Mary’s Park, Assumpta Park and the Lee Estate. This is all well and good, but that was spoken about seven years ago, and nothing has been done since, albeit the community and councillors for the area have done all they can at council level. It seems there is no political will from government.”

Mr Daly described the appearance of the area at present as a “total disgrace and an eyesore”.

“I don’t know why whilst waiting for that work to be finalised did the council not spend money at least cleaning up the area. To allow it to look the way it has for seven years is a disgrace. Seven years and nothing done is inexcusable,” he added.

Pauline Casey, who also lives in St Mary’s Park, said the riverside walkway would be much nicer if it was cleaned up.

“It’s a lovely walkway, but it’s full of rubbish. If this was Corbally, Rhebogue or the North Circular Road, this would be done within a year. Why should we in St Mary’s Park accept this delay,” she asked.

She recalled back in 2014, she was carried out of her home by the Civil Defence and the army following the flooding.

“If we were to flood again, only God knows what would happen. All we have is broken sandbags which have been here since 2014,” added Ms Casey.

Mr Daly’s mother and sisters in the Lee Estate were also impacted by the floods.

He told of how they were stuck upstairs, because their downstairs floor was full of water.