OBITUARY: Limerick man Declan was a ‘life-force who taught with generosity of spirit’ 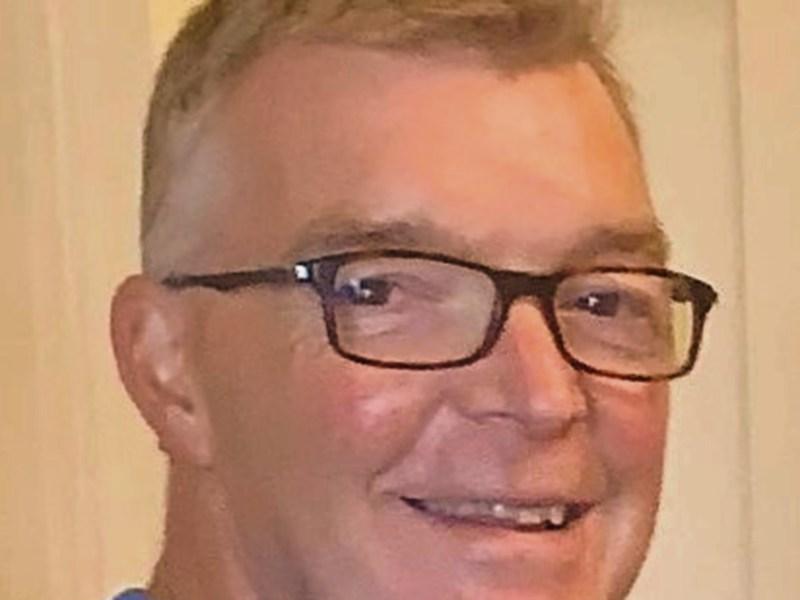 Declan Bromell, life force and Limerick man, made his final journey through the city on Christmas Eve 2020. Born in 1964 to two Limerick icons, Áine Ní Thuathaigh and Tony Bromell, he was educated at John F Kennedy National School and Ardscoil Rís and graduated from Mary Immaculate College in 1984 with a BEd, and a graduate diploma in special education in 2015.

As well as becoming a primary school teacher at Mary Immaculate College, he met his wife Mairéad Hayden from Corbally and the two teachers began a happy and busy life together. Their daughters, Áine, Eva, and Ailbhe, grew up in a loving home that was full of fun, energy, vitality and dynamism.

Declan started his teaching career in Dublin in Gaelscoil Míde, Balldoyle, moving back to teach in Limerick’s CBS Sexton Street in 1985. But it was in Corpus Christi, Moyross between 1986 and 2003 and then Catherine McAuley school from 2003 to 2020 that he taught and thrived.

His passion for teaching was truly unrivalled and he taught with empathy, kindness and generosity of spirit and came up with fun strategies to teach children. He didn’t just open a book - he cycled to Moyross to teach a geography class on India, dressed in a sari with the ingredients for a curry in his rucksack.

He set up the first school council in Catherine McAuley with campaigns and democratic elections for the pupils. When Declan organised the school 5k and 10k run/walks, not only would he find creative ways to entice, cajole and motivate the less active pupils (and staff!) but he would turn the event into a full school celebration with his enthusiasm and energy. He showed that if you expect children to excel and reach high standards, they will rise to it.

Declan was a true leader - he brought out the very best in every child, and gave them all a chance to shine.

For generations of schoolchildren, this chance to shine meant being on the stage in one of Declan’s productions of original shows. In Corpus Christi with his sister Fionnuala, they were All Ireland Slógadh winners, and won trophies for drama competitions in the Belltable, Féile Luimní and Féile Scoil Drámaíochta for shows like Samson and Delilah and Short Pants and Pinafores. Sharing his talents did not stop with the children however. Declan valued community and taught evening classes in Irish, drama and set dancing to the parents and wider Moyross community, forging wonderful, strong relationships with them.

In Catherine McAuley, Declan wrote the script, the songs, and the score for an original show every second year and directed and produced it on the stage at Limerick’s Limetree theatre. Productions such as The Flame, Hoods, and his final show in 2020, Revolutions, brought history, music and song centre-stage and put every child on a pedestal. His shows were legendary and his enduring legacy is that these are the best school times the children remember and many of them can recite every word and sing every line years after they left their childhoods behind. His generosity in sharing his talents and his creativity were inspirational and made magic.

Declan made difficult things look easy. He was an active sportsman - swimming in the sea and in the Shannon, cycling and running, doing TRX in the Training Room and encouraging everyone else along with himself. He coached school teams for inter-school competitions in athletics, soccer, basketball, tag rugby, Gaelic football, swimming and Irish dancing. One of the annual highlights of the Active Schools Week at Catherine McAuley was Declan’s Céilí Mór in the school hall where he would somehow manage to get over 150 students and adults dancing and having fun following his instructions.

Irish dancing was in his genes and he followed his mother into Scoil Rince Uí Ruairc after completing his TCRG. He represented Munster on the Special Schools sports Council and more recently was regional representative on the national executive of the Irish Special School Sports Council.

He was a permanent fixture at Áine’s feiseanna, Eva’s camogie matches and Ailbhe’s basketball games. But his proudest sporting moment was in 2018 when Limerick hurlers won the All-Ireland 45 years after his first All-Ireland on his father’s shoulders in a wet Croke Park in 1973. He was over the moon welcoming the team back, meeting Pat Hartigan on Sarsfield bridge, and hoisting the Liam McCarthy Cup when the team visited Catherine McAuley as part of the celebrations.

A Limerick man to the core, Declan will be missed around the city by so many different people – at the market on Saturday mornings, walking the three bridges, going to gigs in Dolan’s, striding out for Darkness into Light or doing the Goal Mile on Christmas morning. He wore his brilliance lightly and he had no ego. He was funny, charming, brazen, brave and loving. He literally ran out of time. Ní haoibhinn cuach ba suairc ar neoin, Táid fíorchoin uaisle ar uatha spóirt,