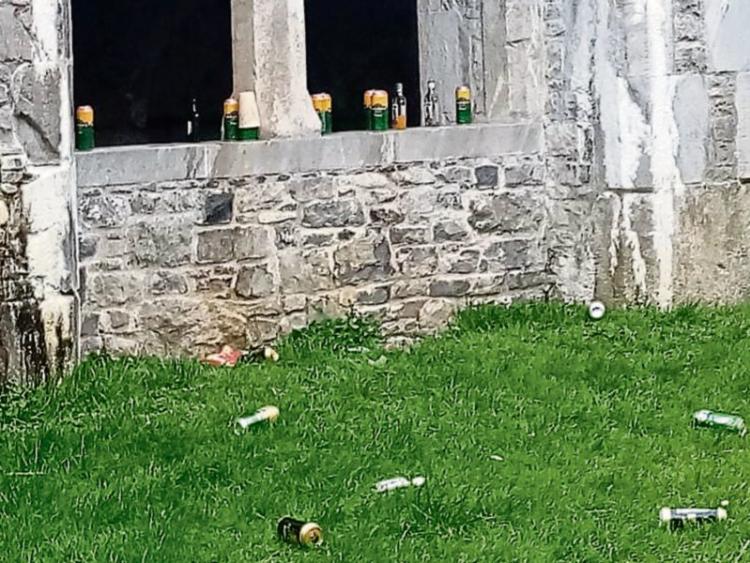 A CONGREGATION of underage revellers are gathering together at the best preserved Dominican Priory in Ireland.

“The Abbey” as it is known in Kilmallock has becoming a hotspot for drinking, littering and adult behaviour, according to Cllr PJ Carey.

Photographs show cans, bottles and other rubbish casually thrown around the historic and sacred building that dates back to 1291. Inside, there were boxes of empty cans and bottles. 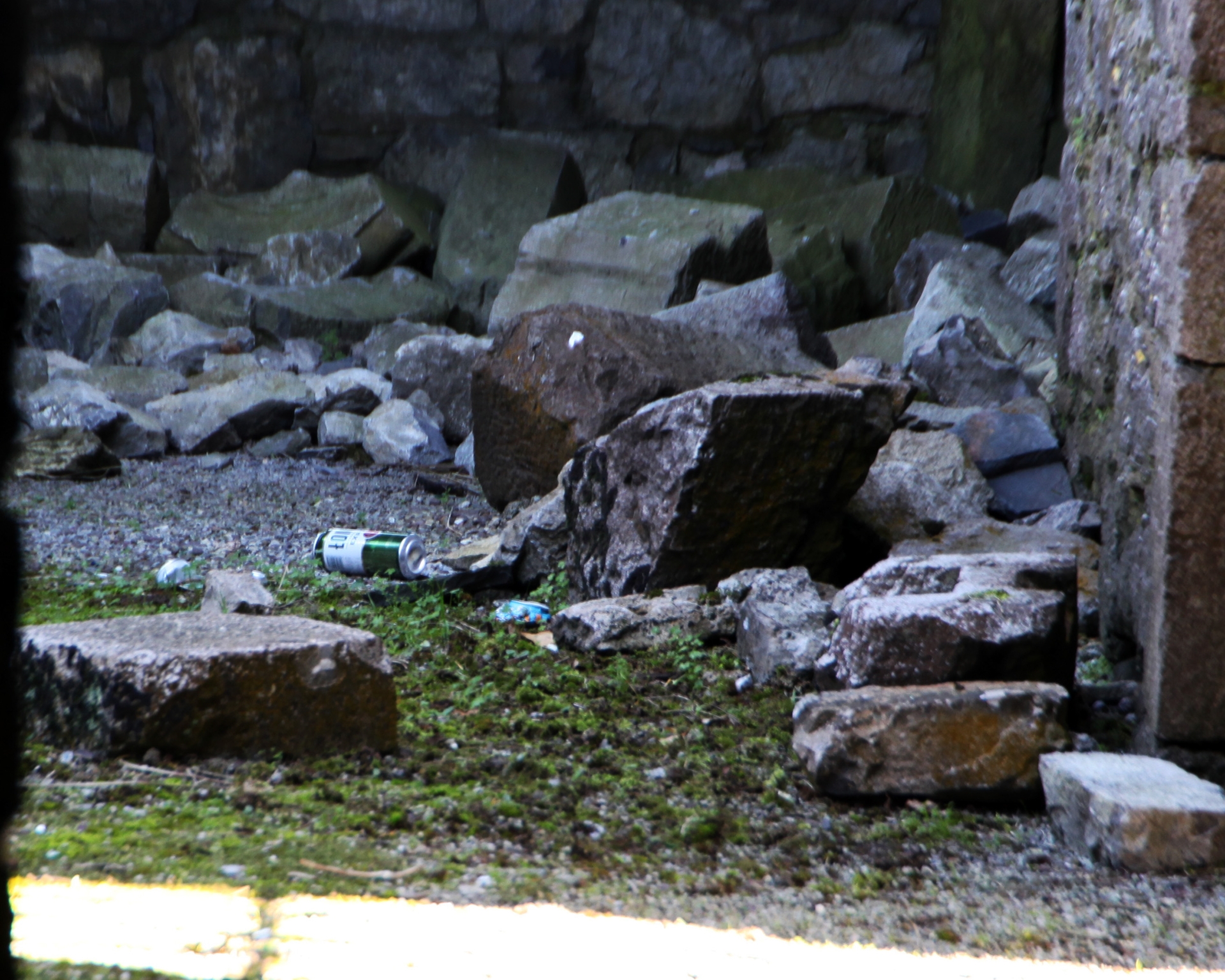 Cllr Carey said he has received a number of reports about drinking in “The Abbey”. The councillor said he has also received complaints of people engaging in “adult behaviour” at these parties.

“It’s shameful and an embarrassment for the good people of the town. It’s a complete lack of respect for the historical and religious significance of the Dominican Priory which goes back centuries,” said Cllr Carey.

He continued: “It’s disappointing when you consider all of the great work that has been done regarding walkways, footpaths etc.”

The numbers using the picturesque walk behind the school, beside The Loobagh and up to “The Abbey” has dramatically increased under Covid.

Cllr Carey said the anti-social behaviour at the historic site is an ongoing problem.

“The littering problem is scandalous. It’s not fair on the people who have to clean up after them. It is so demoralising for the Tidy Towns, CE scheme etc... who do so much. It’s a real kick in the teeth,” said Cllr Carey. 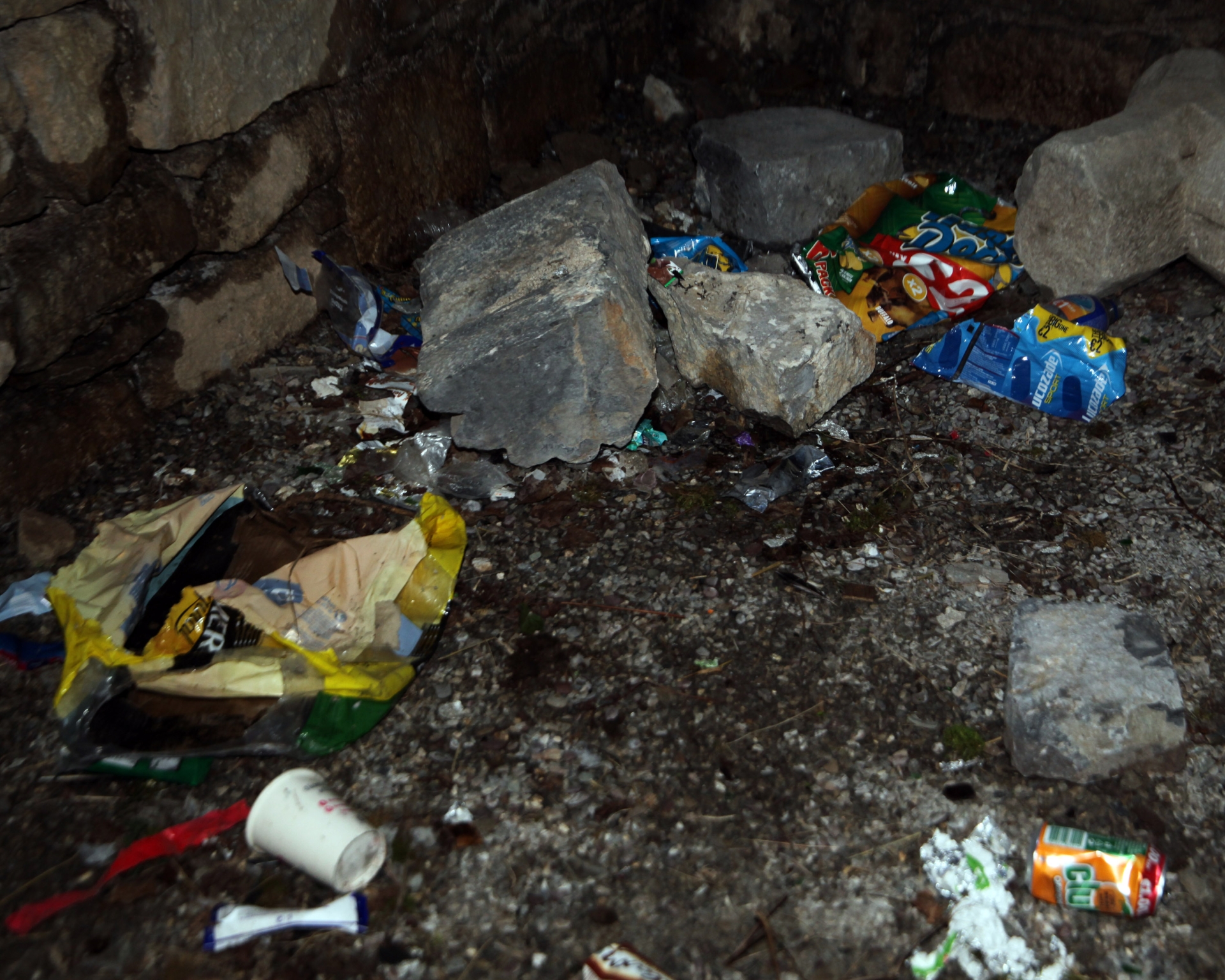 In January, the Leader reported that teens running amok in Kilmallock for months reached a new low when a rock was thrown through the passenger window of a moving car.

The young female motorist, who was returning home from work, was understandably shaken as glass shattered all around her.

Local councillors, PJ Carey and Mike Donegan both expressed their disgust at the incident.

Bruff superintendent John Ryan moved quickly to tackle an upsurge in anti-social behaviour in Kilmallock by assigning an extra sergeant to the town. Reports of people being harassed on the street and of criminal damage have fallen in recent weeks.

It appears they may have turned their focus to partying in “The Abbey”. It was stablished in 1291 by Gilbert Fitzgerald of the White Knights, who then invited the Dominicans to the monastery, where his clan remained the key benefactors.

Maurice Fitzgerald was the main patron of the friary when it was enlarged in 1320. Its community both grew and dwindled over the centuries, mainly due to changing land laws and wars, with friars eventually abandoning the venerable building for good in 1790.

Its most recent inhabitants appear to be more interested in spirits than the Holy Spirit.