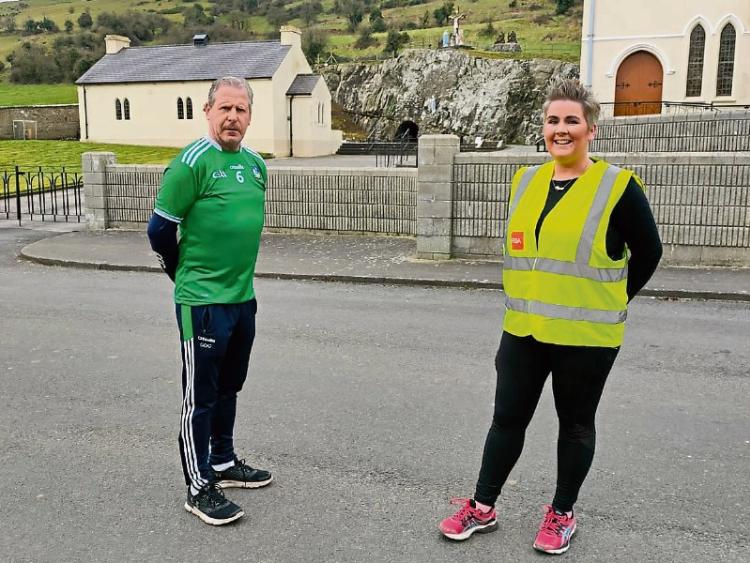 LIMERICK’S kitman is approaching the half way mark of his 141km challenge.

Ger O’Connell is walking 141kms - 1km for every point Limerick scored on their way to the All-Ireland.

Ger has called the fundraiser ‘Point Taken’ and is doing it to raise funds for the Daughters of Charity in Lisnagry. The Pallasgreen man is also dedicating it to Mark Van Drumpt, senior physiotherapist with Limerick GAA, who sadly passed away in recent weeks.

Ger had some socially distanced company at the weekend and one who knows a thing or two about challenges. Former participant in Operation Transformation Marie Grace joined him.

“It was a most beautiful spring morning combined with wonderful company and a great chat shortened the walk. The support to date has been phenomenal and generosity of people is overwhelming. So if people can keep sharing the Facebook page and donate on the Point Taken GoFundMe page that would be brilliant,” said Ger.

He knows better than anyone the incredible care the staff in the Daughters of Charity give as his sister Catherine has been a resident in Lisnagry since she was four-years-old.

“Not alone is Lisnagry battling the pandemic but also battling for much needed funds in these tough times,” said Ger, who is doing his bit to raise funds.