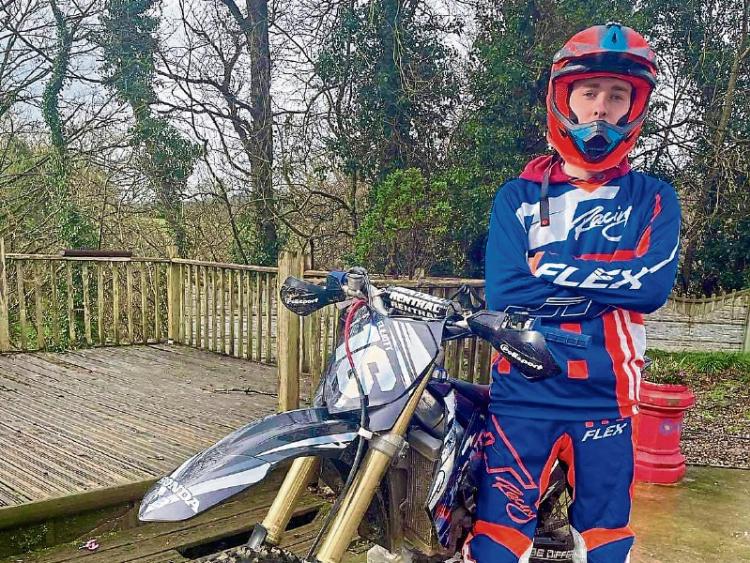 All dressed up and no place to ride: Josh Whelan says that responsible off-road vehicle users, like himself, are being punished for the acts of a few bad apples

A LIMERICK man has taken issue with new legislation that is coming down the tracks to tackle the use of scramblers and quad bikes on public and private property.

The new legislation, brought in by the Minister for Transport Eamon Ryan, will allow gardaí to seize scramblers and other off-road vehicles. Under the legislation, it will be an offence to drive a scrambler, or anything similar, on public or private property without permission from the landowner.

Josh Whelan, a dirt bike enthusiast, thinks the legislation discriminates against people who ride these vehicles as a hobby,

“It’s lads like us, who work Monday to Friday and just want to take the bike out for practice on a Saturday, who can’t do that anymore,” he told the Leader.

Willie O’Dea, Limerick city TD, says the legislation is in place to tackle the dangerous use of the bikes, it’s not targeting people who use them safely.

“My understanding is they’re not banning the use of these bikes, but the legislation is coming in so the gardaí will have the right to seize them if people are using them recklessly,” said Deputy O’Dea.

“The law isn’t sufficient at the moment in regards to scramblers,” he continued. “Something had to be done so the gardaí can stop the dangerous behaviour of some individuals.”

However, he explained that it is not clear how people who drive dirt bikes as a hobby and don’t use them illegally will be accommodated for.

Josh explained that if motocross tracks were to open in Limerick city or close to the area, all parties involved would be satisfied.

In response to this, Mr O’Dea said there were ongoing talks about motocross tracks but that currently nothing is set in stone.

If you would like to know more on Josh Whelan’s views on the legislation you can find his dirt bike community on social media.