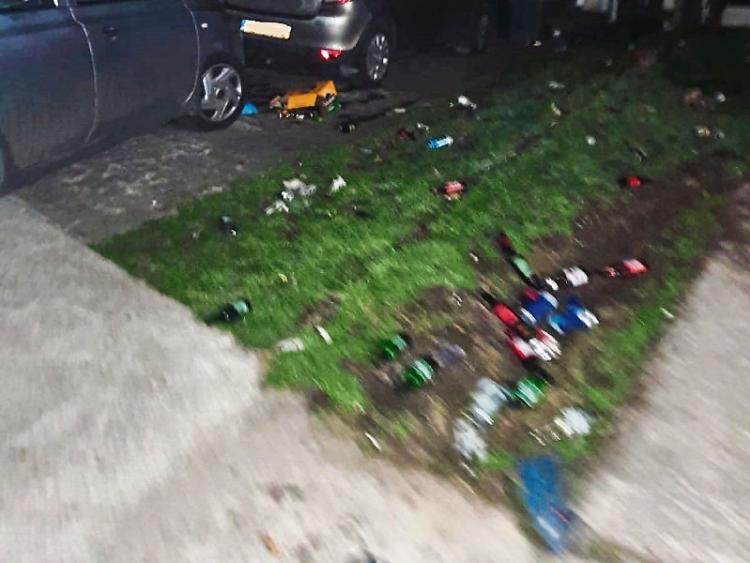 The aftermath of last weeks street party at College Court

THE head of the Limerick garda division has questioned the need for so many students to be living near the University of Limerick during the pandemic.

Chief Superintendent Gerard Roche says a number of students have moved from elsewhere in the city into off-campus accommodation in Castletroy.

Chief Supt Roche told the virtual meeting that some students have also moved into off-campus accommodation even they though they are only required to be on campus “one or two days a week”.

Five people were arrested following last week’s street party at Carysfort Avenue, College Court. One of them has since appeared in court to face drugs charges while another is due before the district court later this month.

Gardai do not believe what happened was pre-planned but rather that a number of smaller house parties merged together on the street.

“One of the motivating factors for the partying last Tuesday was a kind of cancelled Rag Week – but on the back of the SUSI grant. They had all got their SUSI money and instead of that SUSI money going towards their costs they were putting it towards drink and anything else they could get their hands on,” said Chief Supt Roche.

“We are hitting them on all sides. We issued fines for waste and litter offences, we issued warnings and we had our team in to clean up,” he said.

The local authority and gardai say they will liaise with the Residential Tenancies Board in relation to private landlords who have homes in the Castletroy area.