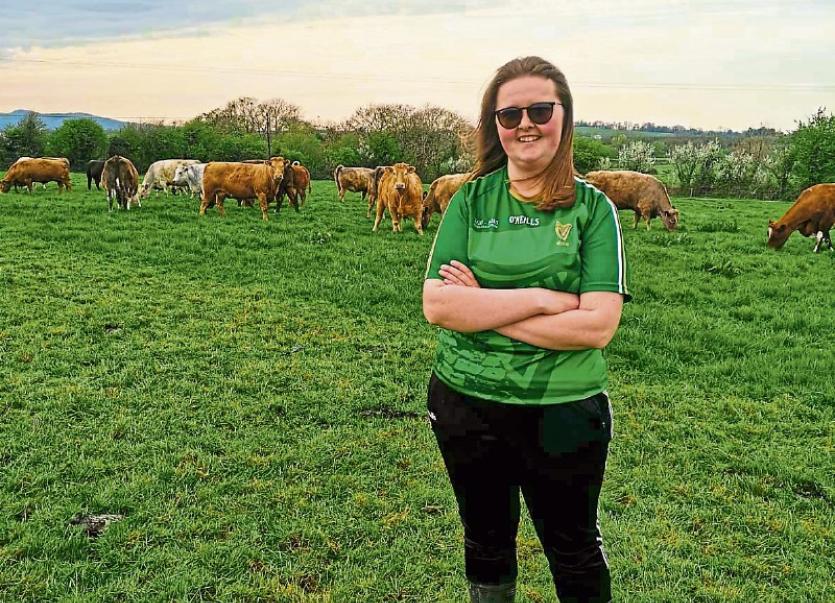 ELAINE Houlihan, a member of Kilmallock Macra na Feirme and current chairperson of Limerick County Executive, has declared her candidacy for the position of Munster Vice President.

Elaine is a qualified physiotherapist and is currently working for Deputy Richard O’ Donoghue in his constituency office in Kilmallock.

Volunteering is a huge part of Elaine’s life and it started with her first trip to Lourdes back in 2014. Elaine ended up going to Lourdes for three consecutive years afterwards. She was then inspired to volunteer further afield in India and again returned for two more years.

Elaine then planted her feet back in Ireland and was given great encouragement to help restart her local Macra branch in Kilmallock. She took on the task with great support from past and present club members who all helped get this once dying club back up and running. This hard work was rewarded when Kilmallock Macra was announced as one of the top 14 clubs in Ireland a mere nine months later. Elaine was the chairperson of Kilmallock Macra for two years, in that short time the club boasts over 22 county/national awards and placed joint runners up in Macra’s biggest award - Club of the Year 2020.

Elaine was bitten by the Macra bug which was passed on from her parents Eamonn and Ann Houlihan who were both Kilmallock Macra members. Eamonn was once Limerick County chairperson and Elaine has followed in her father’s footsteps and is now Limerick County’s current chairperson. Elaine has been heavily involved in Macra over the past three years and taken on numerous club/county/national roles. Elaine also received an ABP leadership award from Macra Na Feirme this year for the work she has done in her previous county position as competitions chairperson.

Elaine’s focus for the role of Munster Vice President is to reboot clubs, remember the organisation is member lead and member ran, to encourage clubs to focus on their members during these unprecedented times and to get creative online and keep the organisation fun and inspirational during people’s down time.

As a member of the National Competitions Committee, Elaine has noticed a massive divide in stronger/weaker clubs taking part. Elaine would like to run workshops for all competitions to ensure increased participation.

“Rural Ireland is alive and young people are the driving force, but a fun and friendly outlet for people to turn to in the long summer evenings or dark winter nights is what Macra can offer to people from all backgrounds!” said Elaine.