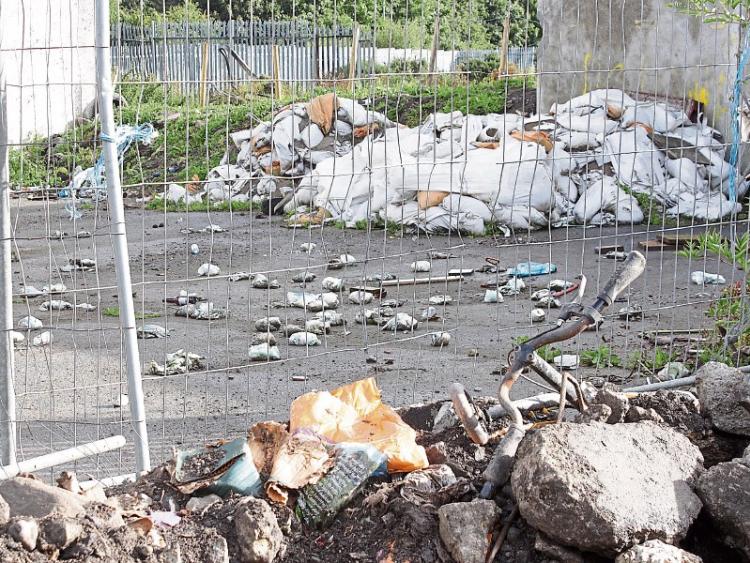 LIMERICK City and County Council has dealt with an average of 78 calls in relation to litter and dumping in the urban area each month.

That’s according to data supplied to Labour councillor Conor Sheehan at this month’s metropolitan district meeting.

The City North member requested an update on the number of calls to the council offices each week relating to illegal dumping over the last year.​

In a written response, senior planner Stephane Duclot confirmed that a total of 954 calls were received between February 2020 and February 2021.​

“An average of 18 to 20 calls are logged weekly in relation to these matters,” he added.

The news has prompted Cllr Sheehan to call for a “zero tolerance” approach when it comes to littering.

“Every single week, I’d be out walking and I’d see a bag of rubbish and make a note of the location. It seems there is an element out there that is doing it with impunity. They are getting away with dumping, and it’s absolutely disgusting. We need to get the message out there that it’s intolerable and cannot continue,” the councillor said.

He added that littering along the Canal Bank is a significant problem.

“Every year, I do the Team Limerick Clean-Up along that bank, and every year, I pull out an inordinate amount of rubbish from around the canal. People fire black bags of rubbish into shrubbery as they think they can get away with it, and it’s disgusting. Anyone who does that should be ashamed of themselves,” Cllr Sheehan said.

He believes people dumping rubbish into fields can be very dangerous for animals like horses, saying: “You’d have horses breaking through black bags hoping to find food in them. But at the same time, they are ingesting plastic and other harmful substances. The message should come out from council that if you do this, and it can be proven it’s you who has done it, then you will be prosecuted.”