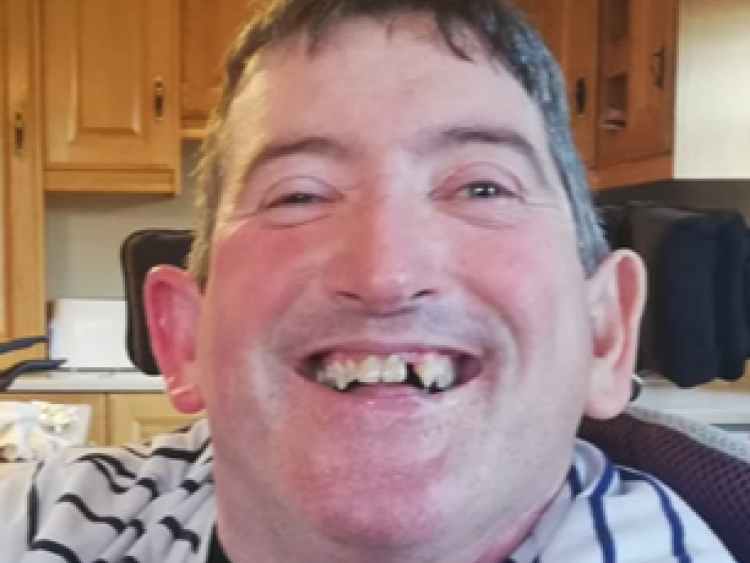 THE parish of Killeedy is still trying to come to terms with a tragic accidental death that occurred on Monday afternoon.

The man has been named locally as Danny Aherne, aged in his late 40s, of Raheenagh, Ballagh.

He has been in a wheelchair all his life but overcame every obstacle ever put in his way through sheer determination, willpower and the support of his loving and devoted family.

It is understood that Danny was out on the roads near his home enjoying the fine sunny spring day. The exact circumstances are unknown but he fell into a dyke. He was found shortly after noon.

Emergency services rushed to the scene after the alarm was raised. Gardai are treating his death as a tragic accident.

The Mayor of Limerick, Michael Collins, who is a native of Killeedy, was deeply shaken when contacted by the Leader hours after the sad news broke late on Monday afternoon.

“I was very saddened to hear of the accident and of his passing. He is a man I knew very well. I would have grown up with the family. It is a very, very sad tragedy and my condolences to all his family and extended family,” said Mayor Collins.

He said the late gentleman was very well-known and popular in the local community.

“Danny was a larger than life character  - very well read up on current affairs and a very independent man. It is just cruel,” said Mayor Collins.

Fellow councillor in the Newcastle West Municipal District, Tom Ruddle said he was deeply saddened when he heard the shocking news.

“I’m very sorry to hear about such a tragic accident. My thoughts are with his family at this terribly sad time," said Cllr Ruddle.

One local told the Leader that Danny hadn’t been well of late and had been admitted to hospital.

“His family were so worried about him getting Covid but he didn’t thank God and bounced back again. And then for a freak thing like this to happen. He had a great way about him - he just got on with life. Everybody loved Danny.

“He had his own apartment attached to the homeplace. It is desperately sad for his family. In normal times it would have been a massive funeral,” said the local.

His body was removed to University Hospital Limerick where a post-mortem was carried out following a request of the coroner.

Danny's funeral cortege will leave his home at 12 noon this Thursday en route to St Ita’s Church, Raheenagh for a private family funeral Mass at 12.30pm

A private Cremation will take place afterwards in Shannon Crematorium.

Family flowers only please, donations if desired to Enable Ireland.