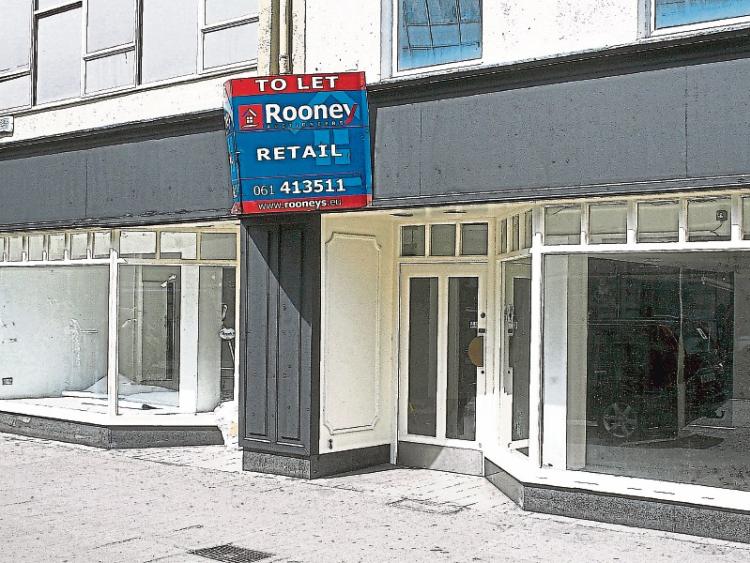 DUNNES Stores has been asked to take action on its vacant store in O’Connell Street before work on the €9.1m revamp of the thoroughfare begins.

The unit has lain largely idle since 2008 when the company moved from three city centre stores to just one.

While the University of Limerick has bought the former outlet at Sarsfield Street and plans to develop it, the old O’Connell Street branch remains empty, despite planning approval for a restaurant on site some years ago.

With the €9.1m revitalisation of O’Connell Street set to commence in the near future, Labour councillor Joe Leddin pushed the issue at this month’s metropolitan meeting asking whether Dunnes had been charged for the empty retail units.

Council confirmed the site is not currently liable for charges, but declined to comment further.

Cllr Leddin said: “We are spending €9m of public money on essentially what is the shop window of the city, our main thoroughfare. I think it’s incumbent on any business or retailer on the street to ensure their premises is maintained to an acceptable level. Particularly big multiple retailers like Dunnes Stores who are sitting on an empty unit for more than 10 years. It’s completely derelict in its appearance, and it’s completely unacceptable.”

The City West councillor says he regrets having to highlight this.

He has asked Dunnes Stores to re-occupy the unit, sell it, or have it brought up to an acceptable appearance.