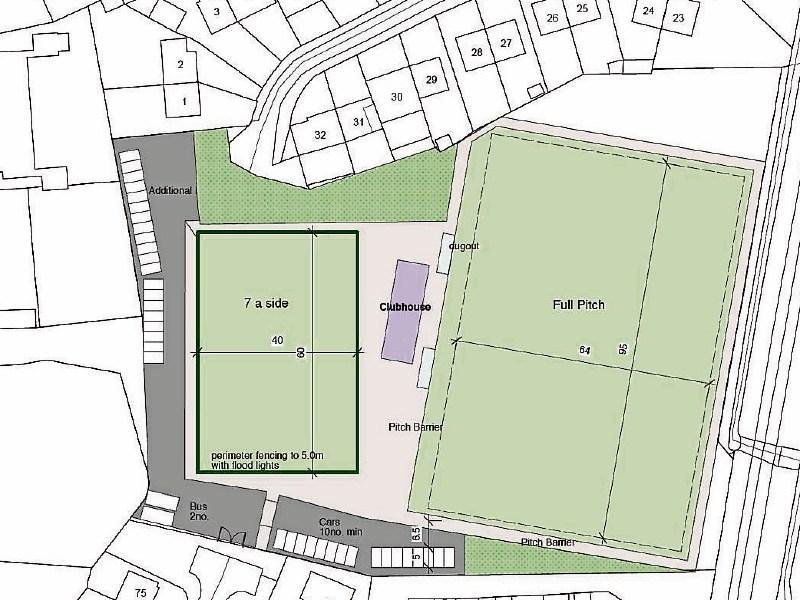 LISNAGRY FC has embarked on a fundraising campaign to turn their unplayable pitch for six months of the year into a 12 month facility.

The club, formed in 1982, plays an integral part in the local community in Castleconnell. They have set up a GoFundMe page to attract financial backing from near and far.

“At present we have huge problems with drainage and soil quality which makes our pitch unplayable for six months of every year. For the 120 school children and 30 adults the inability to meet up for training or practices is most upsetting during these current challenging times,” said Greg.

Lisnagry FC believes passionately in the maxim, “Equal time for every player, every player in every position”.

Last month, the council agreed to a 99 year lease extension with the club for the current site at Scanlon Park.

“With the lease extension the club can apply for Sports Capital Funding. We believe if we can raise €32,000 by the middle of March we will receive double that from Sports Capital Ireland so we can do some real investment in this community soccer park,” said Mr Coulter.

He says the sooner they make this facility better the more years that children, members and community will benefit from it.

“We need to drain our pitch, level the pitch, add sand, purchase a ride-on lawnmower, remove some awful rusting containers, underground the powerlines and put in some toilets which will encourage girls soccer. In future years we will try and raise money for a proper astro turf pitch,” said Greg.

Lisnagry FC hopes that individuals and businesses in Ireland and around the world will contribute.

“This would be a really nice way for people to make a big impact on a small community. We plan to build a wall with the names of all the contributors as a permanent memorial for those who have donated €100 or more,” he explained.

“In the space of 10 years Belgium went from rank 66 in the world to number 1 by changing the way they approached the training of football to kids. Sport plays a huge role in young children’s mental health and development. Without a playable pitch the children in our community are missing out on exercise, developing their friendships and having fun,” said Greg.

Lisnagry FC is doing its utmost to change that. Click here to donate.