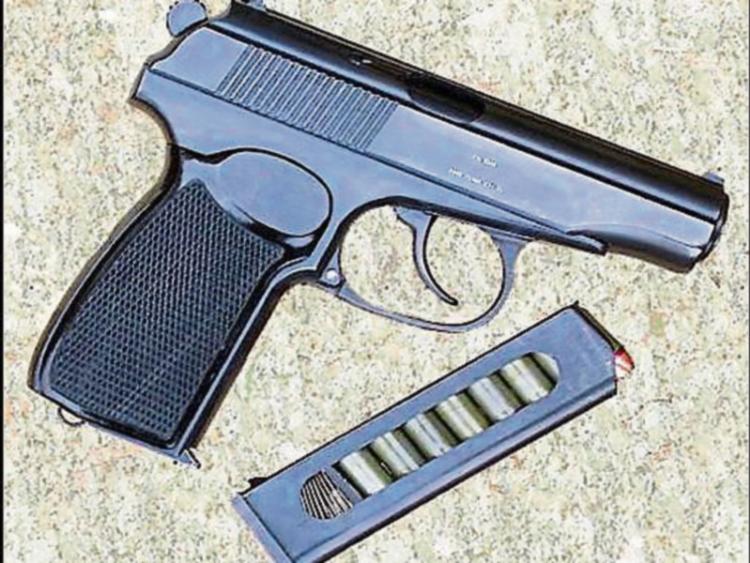 A DRUG user who transported a loaded semi-automatic pistol from Dublin to Limerick on a packed train has been jailed for two years.

Paul Sheehy, 28, formerly of the Maldron Hub, Roxboro had pleaded guilty to two charges under the Firearms and Offensive Weapons Act.

Mr Sheehy was observed leaving the station shortly after 8pm having arrived on a train from Heuston Station. As he was walking towards a taxi rank, he was intercepted by gardai.

Garda Twomey said the defendant immediately admitted there was gun in the red Liverpool backpack he was carrying.

A .380 callibre Makarov Pattern semi-autmatic pistol and 13 rounds of ammunition were then recovered from the bag.

The witness told John O’Sullivan BL, prosecuting, that a bullet was found in the chamber and that the weapon was ‘ready to fire’. He added that the muzzle was threaded “to accept a silencer”.

Following his arrest, Mr Sheehy told gardai he had met a man to buy cannabis that morning and that he was driven to Dublin where he was given the bag and told to bring it back to Limerick.

He said he didn’t know what was in the bag until he opened it having boarded the train.

Andrew Sexton SC said his client’s role was just to transport the weapon and that he had no intention of using it.

He said the father-of-three was devastated afterwards and he submitted what happened was not entirely Mr Sheehy’s fault. “Through no fault of his own, this happened to him,” he said adding that he no longer “mixing” with criminal elements.

Imposing sentence, Judge O’Donnell said the circumstances leading up to the seizure of the pistol were bizarre but he said the nature of the weapon was an aggravating factor.

He accepted there was a “certain element of duress” but added that Mr Sheehy had been caught red handed.