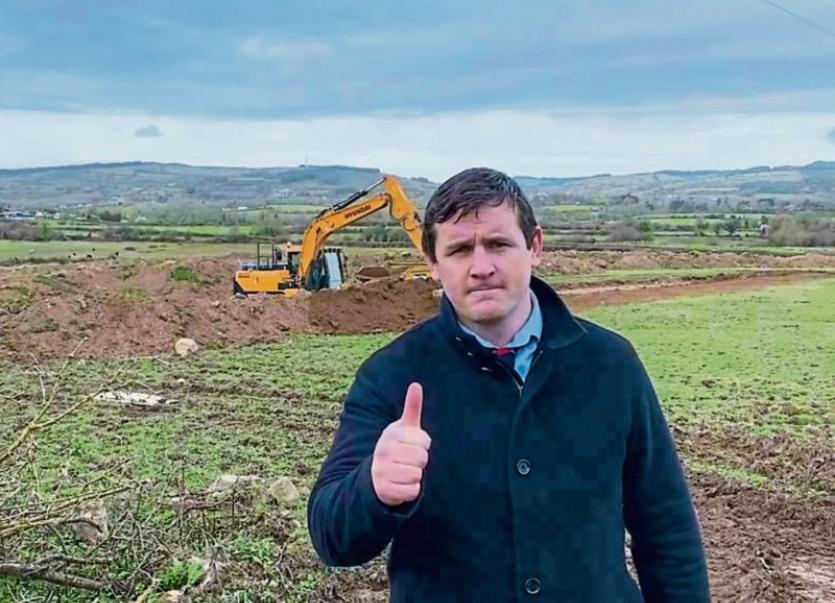 JUST a week after Transport Minister Eamon Ryan’s U-turn on the €58m Coonagh to Knockalisheen Road, diggers are back in the ground of the site.

Archeological digs are currently taking place on the land on the edge of Moyross where the new road – seen as crucial to opening up the northside estate – will be constructed.

He said: “The archeological work is taking place for the next four weeks. They are digging the area for artifacts, which is just part of the process. It enables Roadbridge to go in, which will be shortly after that.”

“This is the visual part of the welcome news. For anybody to see diggers on site, it’s a big deal. I think there’s great excitement around Moyross. From talking to people, I’m getting a lot of very positive feedback,” Cllr Daly said.

He said it’s providing “huge hope” to the community.

“It’s a signal that the cul-de-sac will be no more eventually. It shows that when a group of people together for a common purpose, that voice and campaigning can lead to positive change,” the councillor said.

Cllr Daly says the volte-face from the minister came following “relentless pressure” from the Build our Road campaign in Moyross, as well as activists from across the other side of the city.

“I think common sense prevailed in the end. Eamon Ryan has good ideas, but he’s missing that bit of common sense. Nobody is against tackling climate change, but we need to have our modern infrastructure in place. Even where I am living in Corbally, which is one of the biggest bottlenecks, this will provide a huge relief into the future,” he said.

Cllr Daly believes by keeping bigger trucks out of the city, and having them use the Coonagh to Knockalisheen Road it will reduce carbon emissions and protect the environment long-term.