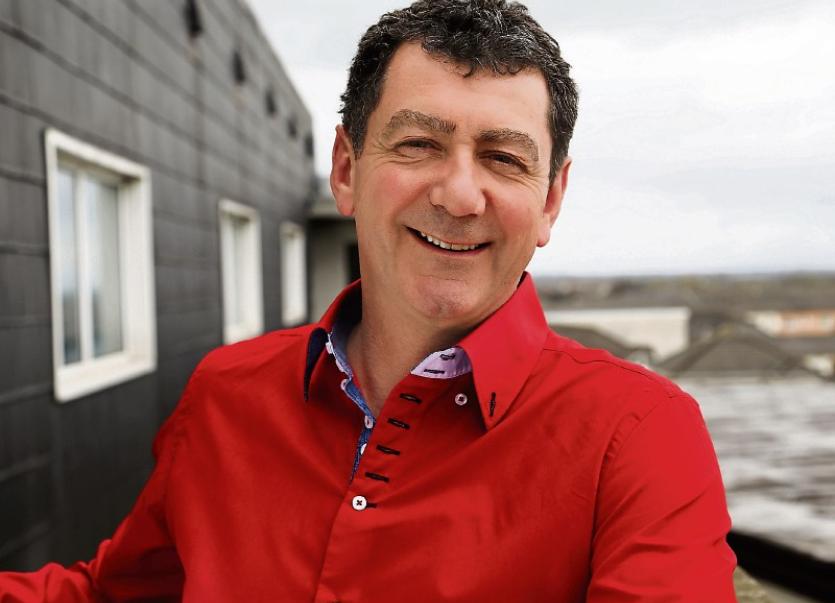 Broadcaster Lorcan Murray was hospitalised after he contracted Covid-19

POPULAR Limerick broadcaster Lorcan Murray has opened up about his “frightening” Covid-19 experience which resulted in him ending up in the Emergency Department at UHL before spending four nights in hospital.

“It felt like a normal cold. I had the usual symptoms, like most people - a sore throat, just generally not feeling too well and it began to deteriorate after that,” he told Live 95's Limerick Today with Joe Nash.

Lorcan’s GP very much feared he had contracted Covid-19 and sent him for a test. It was positive.

“Funnily enough, my wife came along with me for the test and she was negative and so was everybody else then in the household. I had to isolate - literally the bedroom door closed. Meals were passed in the door and that was that.”

As time went on his symptoms seemed to get worse.

“I had no smell. I had taste but it was a metallic taste and the breathing started to get more difficult. I went back to my GP who was very good. He said you’re deteriorating. At one stage I just collapsed with the temperature and I started to faint. The advice was go to the hub. The hub said go to hospital.”

In the end Lorcan ended up in the ED after developing Covid pneumonia.

“The breathing was just so difficult. It was frightening. I spent the day in A&E and then they found somewhere to put me in the Covid ward .”

Lorcan who is a non-smoker and walks regularly and was fit and healthy was surprised at how the virus hit him “with such a bang”.

“No matter how bullet proof you think you are, you must be careful.”

Thankfully, the broadcaster is back at work and on air for the past two weeks. In the JNLR figures at Christmas Lorcan’s show Classic Drive came out on top with the highest figures on Lyric FM for some time. It was especially pleasing with the show coming live from Limerick.

“It just takes a while for your energy to come back,” he explained. “But I’m getting there and I’m delighted to be back in the chair.”