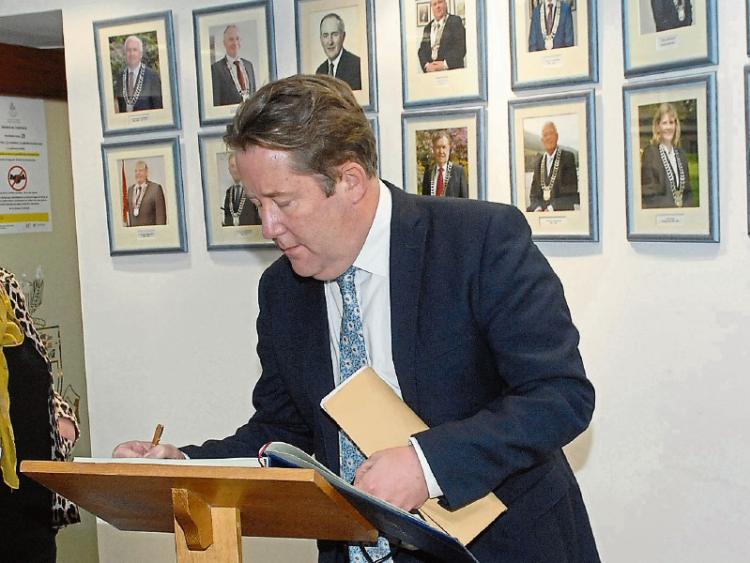 METROPOLITAN councillors are to take legal advice over a move by government which could see them lose more power.

Dail Eireann is set to debate the Land Development Agency (LDA) bill, which among other things, could strip councillors of the authority to veto the sale of public land.

Currently, this is one of the reserved functions of council members. But this power would switch to the LDA, a national planning body, under the reforms.

Supporters of the plan say that it is necessary in order to solve the housing crisis.

But at this month’s metropolitan district meeting, councillors gave a resounding thumbs down to the proposals, and passed a motion to write to Housing Minister Darragh O’Brien, and seek legal advice over the adoption of the law.

Labour councillor Conor Sheehan, whose original motion got the ball rolling, said: “In my view, this is an unacceptable and undemocratic power grab. It seeks to strip from us one of our core functions as local councillors. As far as I remember, this council has not delayed the building of social and affordable housing.”

“The sale of public land needs the check and balances of us councillors, and we should be able to examine proposals on merit. It's an attack on county councillors and one of the few functions we have. What is the point of us standing for election and attending meetings and briefings, if one of the few meaningful powers we have, is stripped away,” he asked.

Sinn Fein councillor Sharon Benson formally seconded the motion, saying she does not feel the LDA will “solve the housing crisis”.

“It’s proposed legal structure, it’s land use plan and it’s financing model will result in an unstrategic use of public land.This will also be done while avoiding full public and democratic scrutiny. It is my party’s firm belief that the development of public housing on public land should be delivered by local authorities operating to regional five year plans based on regional knowledge of demand,” she said.

Cllr Elena Secas added: “We have a housing crisis and I believe local authorities need to ensure efficient social housing is built for people. Local authorities have a duty to use land in the best interest of our society. The provisions contained in the LDA bill to remove the power of councillors to dispose of land cannot be accepted.”

“This is a very serious and sustained attack on local democracy. We might as well all shut up shop and not bother coming to meetings when it comes to matters of such strategic importance when we are being told what to do anyway. It's embarrassing at this stage. Where is the place for local knowledge, the local voice for the people of Limerick, who should decide what is done with their land, not what some board up in Dublin thinks what is best for that land? It's totally anti-democratic, and cannot be allowed to happen,” he added.

But Green Party councillor Sean Hartigan feels, in light of the plans for 108 homes and a private hospital between Moyross and Coonagh, perhaps the LDA should be allowed to “focus on the provision of housing.”

“In recent years, council has failed to meet people's housing needs. Social and affordable housing needs to be planned and built post-haste. Only last week, we saw council announce the building of a private hospital and 108 housing units on public land where they had advertised an expression of interest for 400 to 600 housing units. Most councillors had no knowledge of this development. They may have expressed a preference for houses rather than the development of a private hospital,” he explained.

Councillor Michael Sheahan, Fine Gael, wanted to go further than writing to Mr O’Brien – instead seeking the views of a senior legal counsel on the matter.

“It's a major shift from our reserved functions. The only way you can deal with these people is legally. I am proposing we get advice of a senior counsel on whether the bill conflicts with our duties as public representatives,” he said.

“We have very few reserved functions left, and these are being eroded constantly,” she added.

Council’s metropolitan district manager Kieran Lehane cautioned against appointing a counsel until the bill has progressed through the Oireachtas.

Instead, he suggested the local authority’s in-house solicitor could take a look at the legislation in the first instance.

“The business of being a councillor has been reduced by the Oireachtas over the years. They've taken away powers and I totally agree that is wrong. But this bill is complex and will be debated extensively by all parties, who will have views on this,” he said, “I agree we should continue as local councillors to have the say in the disposal of lands. But we shouldn't lose the run of ourselves.”

In response to a query from the Leader, LDA chairman, Limerick’s John Moran said: “The powers and the role of the LDA are not determined by the LDA. They are determined by the democratically elected Dail. It’s not for us to give either criticism or support of that. They decide what they want.”

“If Labour or any other councillor has a view on what the LDA should, or should not be able to do, I’m not the person to go to – we don’t set the rules. We play by the rules we are given and operate to the powers we are given,” he added.