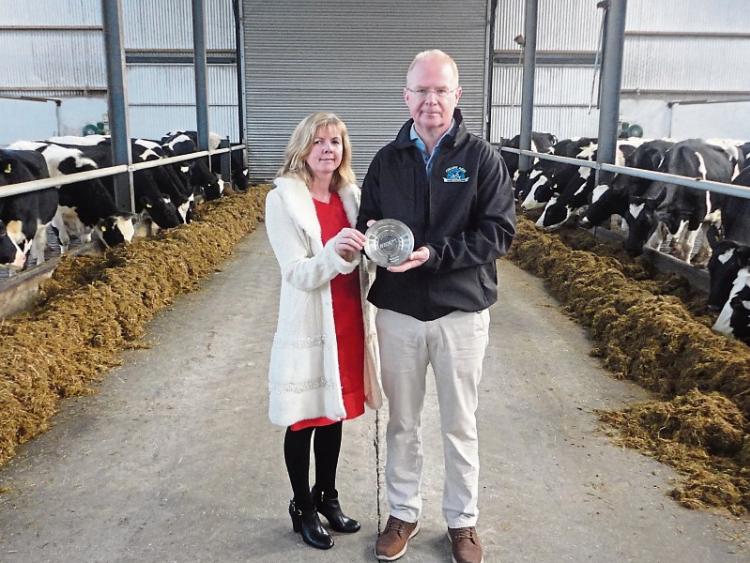 Olivia and Edward Fitzgerald, Effin, whose herd came second in the spring section of the IHFA National Herds Competition 2020

It is a long-held ritual for many families to be washing, clipping, taming and teasing cattle hair late into the night before heading off at the crack of dawn to a show.

Shows are the backbone of many communities. They bind people together and their loss was keenly felt last year. But to try and keep the show someway on the road the Irish Holstein Friesian Association (IHFA) went virtual like everything else at the moment.

A spokesperson said “like everything else this year” their National Herds Competition had to be done a little differently.

“Due to travel restrictions and Covid protocols, herds in this year’s competition herds were judged on production and classification. In total 41 herds participated. Herds were entered by their clubs on the basis of successful performance at club level the previous year.

“Congratulations to the winners of this year’s competition and well done to all who took part,” said the IHFA spokesperson.

And a particular congratulations to Edward and Olivia Fitzgerald, of Tobernea, Effin, who came second in the spring category with their Toberfort herd. They represented the Limerick and Clare Friesian Breeders Club.

Edward is the fifth generation of his family farming on the same land. His great - great grandfather, Edmond Fitzgerald, first started renting the land in 1875 and his great grandfather James continued the lease until 1903 when he bought the farm for £1,550.

James passed it on to his son James and then to Edward’s father, Michael, who took over the farm at the age of 14. In 2008 at the age of 34, Edward took over running of the family farm and he hasn’t made a bad fist of it to put it mildly.

The 2013 winners of the national prize at the National Dairy Council and Kerrygold Quality Milk Award’s best dairy farm were Edward and Olivia.