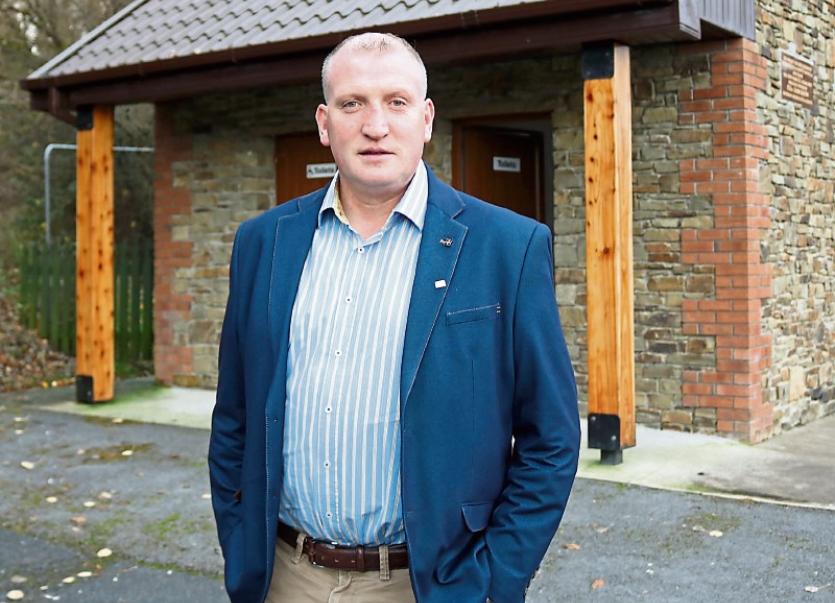 INFORMATION provided to councillors in relation to a “lethal” junction in County Limerick has been deemed to be “total rubbish” and “an absolute waste of time”.

Cllr Liam Galvin made the remarks at a virtual meeting of the Newcastle West Municipal District where the issue of Dore’s Cross, Templeglantine was being discussed.

One of the items on the agenda was a question submitted by Cllr Galvin asking for “a full accident report and all relevant information on Dore’s Cross, Templeglantine, on the N21 next to the Devon Hotel”.

Cllr Galvin told the meeting that while he himself hadn’t received the correct figures in relation to the number of accidents at the junction, “I can assure you that the information that we have been given today is 100 % wrong.”

In the reply to his question which was furnished by the council, a report stated that following a review of collision data provided by TII, “it is evident that there is a non-serious collision history through this section of the N21”.

“The recorded collisions that have occurred along this section of the N21” were then summarised in a table.

The table gave details in relation to three collisions at the location which it said occurred in 2015, 2017 and 2020. Two of the incidents were described in the report as “non-serious injury” and one was described as “material damage only”.

“Either An Garda Siochana have information that’s shared on a different platform or else the information is not being recorded at all.”

The Abbeyfeale man said that he has asked for the information from An Garda Siochana’s office also.

“That junction at Dore’s Cross is lethal and nobody seems to care about what we are doing here,” continued the Fine Gael councillor who explained that he has specifically asked for  traffic calming measures to go beyond the junction.

“If we are serious about road safety and Limerick County and City Council and the TII, we are showing a bad example of what we are doing because we are not getting off our backsides and doing what we should be doing. That report is not accurate. That’s more of the messing that’s going on. I wonder were An Garda Siochana tied in, in relation to that answer? I bet you they were not,” he said.

Cllr Francis Foley, cathaoirleach of the Newcastle West Municipal District asked where the information in the answer was sourced from.

Ger O’Connor, the council’s senior executive engineer for the Newcastle West Municipal District stated that in the answer provided it said “following a review of collision data provided by TII”.

“This is wrong. That information we have got today is wrong,” he reiterated.

Mr O’Connor said that “not all collisions are reported.”

In response, Cllr Galvin said: “Thank you very much - this is strengthening my case because we are told that if we want to do a report on any junction, we need to do a traffic history and an accident report for everything.

“If we are not doing reports for all these accidents and if they are not recorded well then we have no chance.

“I can assure you if every accident was recorded at that junction, it would be high up on the agenda with the TII.

“It’s like Henry Ford once  said: ‘You can have any colour you want once it’s black’.

“That’s the reality of what’s happening here. Ye can ask anything ye want once ye get the answer that we want to give ye.”

Cllr Galvin asked the council officials to tie in with the gardai and provide all the data they both have “and see if they will come back with some sort of a right answer as that answer is total rubbish,” he said.