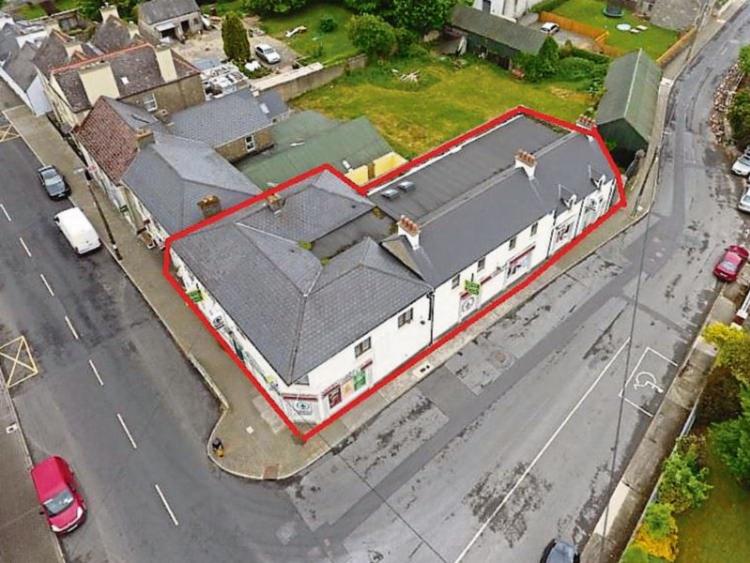 Sold: The supermarket is on a prime site on Hospital’s Main Street

MANY OF our county towns and villages have been on life support but Hospital has got a shot in the arm from a closed supermarket being reopened.

After a story in the Leader a couple of weeks ago about a closed grocers in Murroe being bought a member of the public contacted this newspaper to say the same had happened in Hospital.

“We’re all thrilled to see it back going again. It was a big loss to the town and the street,” they said.

It is the former Spar on Main Street. Included in the sale was the supermarket extending to a floor area of 4,500 sq ft. Overhead are two self contained apartments, offices, stores and two individual retail / consultancy areas. There is also a private car park for 27 designated car spaces and a detached store for deliveries

It closed last summer and was put on the market by GVM group property director, Tom Crosse.

When contacted by the Limerick Leader, Mr Crosse said the property was marketed over the summer with a deal being concluded in September,

“The new owners took possession over Christmas. The property has since reopened to the delight of the local community. It rejuvenates activity in the town. The owners are a prominent local family and I wish them well on their new venture,” said Mr Crosse, who also paid tribute to the vendors for their long-lasting contribution to the town.

The auctioneer refused to comment on the price. However, the Leader has learned from local sources that a deal was struck for around the €1 million mark.

Mr Crosse would only say that there was good interest in the supermarket which was reconstructed around 15 years ago.

“It reflects growth in demand for properties like this. Hospital is a fine town and we are seeing an increase in interest in houses in the countryside due to Covid and people wanting peace and quiet while working from home.

“Extra people living in the county means extra footfall into our towns and villages. This supermarket has enormous potential. Good local and passing traffic with Hospital servicing a big and well populated local hinterland,” said Mr Crosse, who also spoke of the new jobs being created.

Parish priest and chairperson of Hospital Community Council, Canon Conor Ryan said the supermarket being bought and reopened was great news for the town.

“We are delighted to see it being used for what it was adapted for. It is a fine big premises. People in Hospital would regard it as a choice. It is also important for the future of the town,” said Canon Ryan, who agreed that locals were very sad to see it closed up last year. Canon Ryan has been in Hospital for 42 years.

“It was a small shop when I came here first and it was developed. It is very suitable as a big grocery store. There are two ends to Hospital town and there are a lot of houses up there that would be within easy walking distance of the shop,” said Canon Ryan.