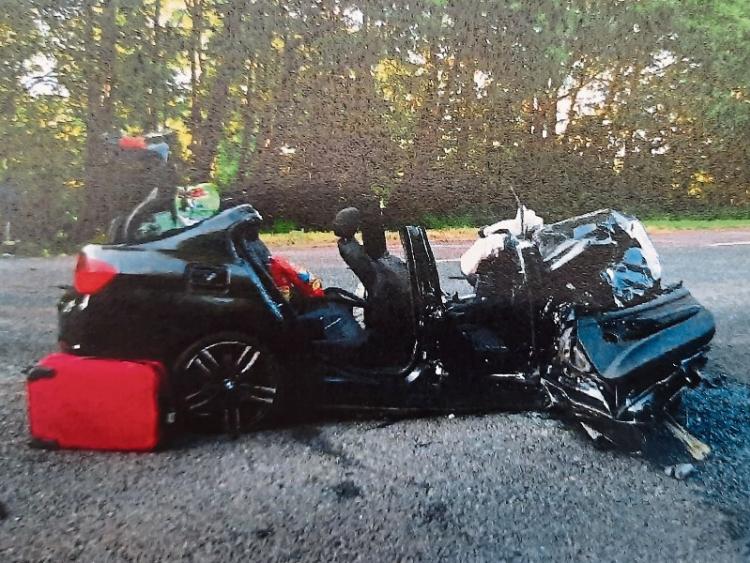 A MOTORIST who collided with two other cars after losing control of the BMW he was driving has avoided an immediate prison sentence.

Brandon Moriarty, 28, of Lee Drive, Tralee had pleaded guilty to careless driving causing serious harm to a nurse who was driving one of the other cars.

Limerick Circuit Court was told the head-on collision occurred on a straight stretch of road near Croagh village at around 4.20pm on June 25, 2019.

Garda Michael Halley said Mr Moriarty was travelling in the direction of Limerick city when his BMW veered across the road and into oncoming traffic.

There was a “heavy glancing blow” with a Volvo followed by a “severe impact” with a Kia Sportage which ended up in the ditch.

The occupant of that car – a 61-year-old nurse – sustained multiple serious injuries and had to be cut from the vehicle.

In a victim impact statement, she described how she immediately knew she had sustained catastrophic injuries and that it “seemed to take forever” before she was cut from her car.

She sustained multiple fractures and a collapsed lung and has undergone several surgeries since. The nurse, who has not returned to work, says what happened dramatically changed her life.

In the immediate aftermath, she was in horrendous pain and became “a burden” for her family as they had to help her with everything.

“The stress this has caused me and my family will never be undone,” she said pointing our that her daughter suffered hair loss and that her sons both failed exams.

”I was a fit happy-go-lucky person and that was stripped from me as a result of this collision,” she stated.

Judge Tom O’Donnell was told it was not possible to determine the speed of the BMW prior to the impact and that no mechanical defects were found in any of the cars.

It was not possible to take a blood sample from the defendant as he was receiving medical attention and gardai were not able to access his phone.

Barrister Maria Brosnan said her client has no recollection of what happened and that he will have to live with the consequences for the rest of his life. She said he too sustained serious injuries and that he was placed in an induced coma for some time after the collision.