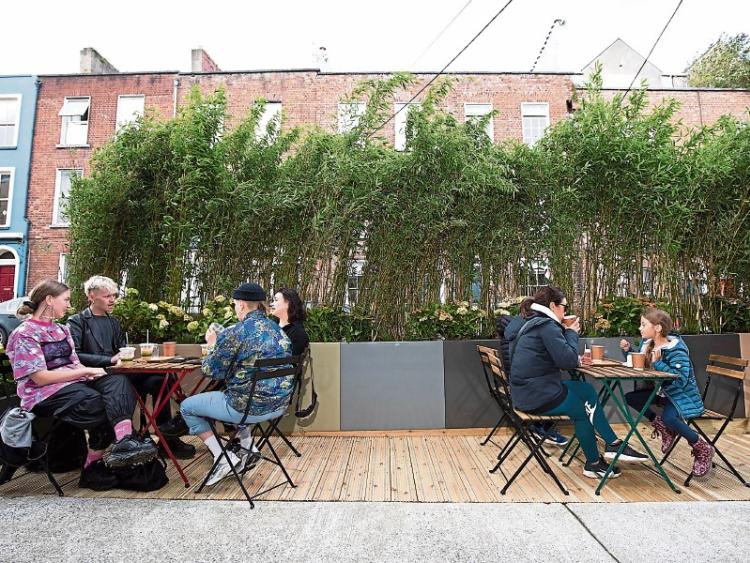 MORE car parking spaces could be removed from the city centre, after the National Transport Authority (NTA) green-lit plans for more ‘parklets’ in Limerick.

In a funding announcement, the transport body confirmed it had given Limerick City and County Council a further €350,000 to install more of the outdoor tables and chairs, specifically for the urban metropolitan district.

This comes in spite of the fact it was revealed that two of these ‘parklets’ cost Limerick City and County Council €121,876 last year. Cork’s local authority delivered 10 smaller structures for €25,000 each.

“While a standard parklet is around six metres long, the size of a standard parking space, our installation on O’Connell Street is more than five times this size. Typical parklet installations used in other locations are smaller and more temporary in nature and usually based on minimal planters and seating.”

“More than 10,000 vehicles ranging from articulated lorries to double decker bus and cars pass by the O’Connell Street location each day. Limerick City and County Council stands over the costs of the parklets, as good value for money when you take all aspects of construction, health and safety and public liability into account,” they added.

However, it has since emerged the O’Connell Street parklet – which cost €78,501 – is to be removed once the revitalisation works in the thoroughfare get under way.

Sinn Fein TD Maurice Quinlivan has criticised the spend on the parklets.

He said: “It concerned me that Cork can deliver it for less money. I think they are a great idea, but the cost of them needs to be questioned. How did they become so expensive? Did we need to spend so much on them? All you need to do is fence off the area. I know one company who would do this for €2,000. I know there is a need to be a decent public realm, but it’s going to be ripped up soon.”