Oral hearing into proposed Limerick roundabout that just seems to go around and around... 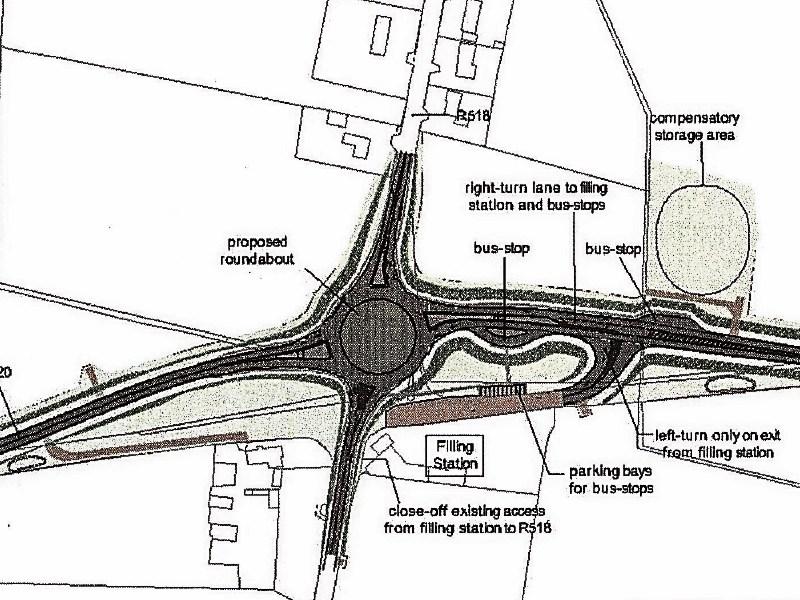 AN BORD Pleanala generally host oral hearings for “complex” cases and the roundabout at O’Rourke’s Cross in Bruree is certainly one of those.

It was held last week after the council submitted the compulsory purchase order (CPO) to acquire land and extinguish rights of way necessary to develop the scheme to An Bord Pleanála for confirmation.

Now that the oral hearing is over, the inspector will prepare a report and recommendation on the case for the board. The decision to confirm or annul the CPO will be made by the board. It is due to be decided by March 30.

This project has a long history.

Back in October 2017, engineers from the Mid-West National Road Design Office unveiled their plan to the then local councillors in the Cappamore-Kilmallock area. It was for a four leg roundabout. The meeting heard that if all goes to plan it could be in situ by 2019/2020. It hasn’t.

Councillors expressed reservations about a four leg roundabout. Cllr Mike Donegan “strongly recommended” that serious consideration be given to adding a fifth leg to the roundabout to go directly into the filling station, and relocating both bus stops to the parking area.

In 2018, the councillors said a “gun was put to their heads” to vote for a four leg roundabout at O’Rourke’s Cross in 2017. All seven said they wanted a five leg roundabout with a dedicated entry to the petrol station.

They called a rare special meeting with Conn Murray, then Limerick Council CEO, in October 2018. They asked Mr Murray to use his executive power to rescind their decision to proceed with a four leg roundabout. Mr Murray said it is a matter of road safety and their original decision was the correct one.

In October 2019, polar opposite legal advice on behalf of the council and Cllr Ger Mitchell was read out at a municipal meeting. Cllr Mitchell said: “It is now imperative that the local authority executive instruct their engineers to provide a new Part 8 and a new design to address our genuine concerns.”

After delays due to Covid the CPO was made by the council last year and the oral hearing on same last week.

Minister Patrick O’Donovan said the oral hearing is a really welcome development on the project.

“I have been watching the progress of this from the very start. This is a junction in the centre of the county. It is the main artery east, west, north and south for all of County Limerick – it is of huge importance that it be finished.

“I am really anxious that we get an early determination from An Bord Pleanala so that the council will be able to proceed and to draw down funding for the development of the junction,” said Minister O’Donovan.

He said he regularly get calls from motorists “petrified of crossing that road on a daily basis”.

“I am glad now it has made progress. I will be happier when I see further progress made,” said Minister O’Donovan, who doesn’t have a preference for a four or five leg roundabout.

“I am not a roads engineer. I will let the safety of the roads to the road engineering staff. I don’t think politicians, unless they have qualifications in civil engineering, should comment on it and for that reason I am not going to comment on it. I defer to their better knowledge. What I am very anxious to see is that it be dealt with and dealt with quickly. It is very important,” concluded Minister O’Donovan.

When contacted by the Leader, Cllr Ger Mitchell said: “I would be delighted to comment but I have to refrain due to advice from the legal team as this matter is now being adjudicated by An Bord Pleanala. When it is appropriate I will comment.”