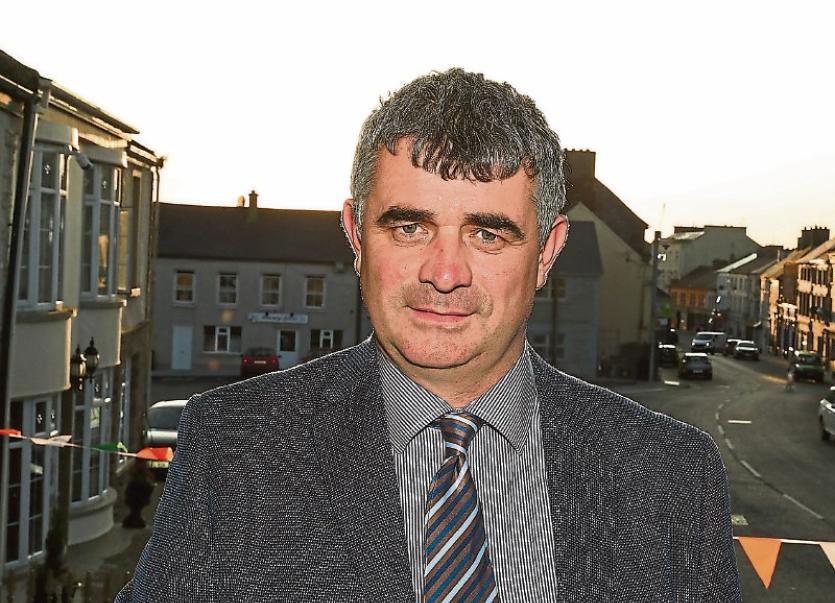 A LIMERICK TD has come out fighting amid criticism of him for giving a character reference to a young Kilmallock man who assaulted an off-duty garda in Lahinch.

The court case, which was held in Ennis last Friday, made national headlines. The defendant pleaded guilty to assault causing harm and was given a two year suspended sentence and was ordered to pay €15,000 in compensation.

The fact that Deputy Richard O’Donoghue provided a character reference for the guilty party was highlighted in national media reports of the court case. The TD denies his actions were an abuse of his powers as a TD.

“It might be the abuse of the media highlighting me. Why didn’t they highlight that Kilmallock GAA gave somebody a good character reference? I don’t like the way the angle has been used, using me to publicise a young lad who has made his first mistake in 22 years. I don’t like it. To me it is wrong.

“I don’t see the people who have been causing problems since they were children all the way up to adulthood, in and out of jail and wasting the court’s time by pleading their innocence when they have done very, very bad wrongs being highlighted in the same way.

“This lad done wrong. He put his hands up and admitted he was wrong and it is being made into propaganda,” Deputy O’Donoghue told the Limerick Leader this week.

The TD said he was asked to give a character reference for somebody who he knew.

“I have never seen him – in all the years I’ve known him – be in trouble. At no time did I ask a judge to be lenient. At no time did I interfere in any part of the justice system. I didn’t interfere with the garda investigation. I was asked for a character reference for a person that I knew and I gave that character reference. I can stand over it.

“I know him, I’ve worked with him. He is 22 years of age, has no previous convictions and has been of good character. The young lad made a mistake, the first mistake he has made in 22 years. The judge in his statement said that this young lad is of good character.”

Deputy O’Donoghue said he has been asked practically on a weekly basis would he give character references for men and women due before a judge.

“I have said no because I didn’t know them. I will not be writing a character reference for anyone that I don’t know or if they were involved with such things as drink driving or drugs.”

The TD, who was elected exactly 12 months ago, said there is nobody in this country that could stand up and say they have never done anything wrong. “Everyone in this country is entitled to a second chance. The judge agreed that this lad is of good character. All the other witnesses that he had there, which weren’t put down on the paper, said the same.  “He went to court and put his hands up and said he done wrong. He said ‘I am guilty, I done wrong’ and he took his punishment. He didn’t waste the court’s times, he didn’t waste the gardai’s time. He is 22 with no previous convictions. How many people within the garda system are 22 with no previous convictions?”

Deputy O’Donoghue concluded by saying, “People should look in the mirror and ask themselves ‘Did I ever do anything wrong?’ Every person is entitled to a second chance”.